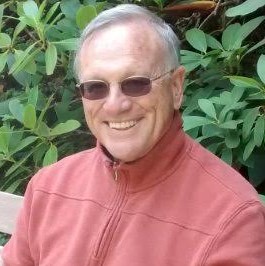 
As the eleventh child born to a single mother in 1947, Lawrence Cooper grew up poor but he obtained three university degrees with self-encouragement and a thirst for knowledge as his motivators.

After a self-described "mental crash," a divorce after thirty-three years of marriage, and a loss of his career as an educational psychologist, Lawrence Cooper wrote a book based on the journals he kept while in the process of healing.

Bi - A Transformational Journey from Agony to Ecstasy (Friesen Press 2016) details Cooper's struggle to overcome a personality disorder and come to terms with his bisexual orientation. He says, "The book contains my story (prose), my feelings (poetry) and my insights (essays) that uniquely describe this mental and spiritual journey."

Cooper has lived in five Canadian provinces and three continents. He arrived in B.C. in 2013.