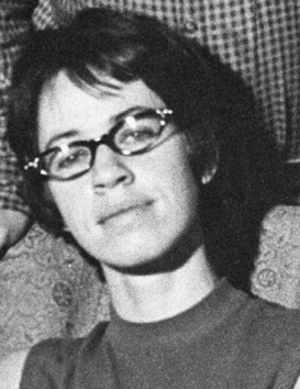 
Judith Copithorne was involved in the heyday of experimental writing and publishing that was centred in Kitsilano in the early 1970s. Published in the first issue of bill bissett's blewointmentpress, she has conducted workshops in schools and published several poetry collections, plus co-produced West Coast Cards, four postcards with George Bowering, Sharon Thesen & Robin Blaser (Vancouver: West Coast Line and Beaver Kosmos, 1990.) "There was a lot of consolidation, power plays, critical wars and various other sometimes completely underground battles in the 70s," she recalls. "Often much tighter and smaller groups emerged both for good and bad... As a person interested in variety, change, curiosity and the unexpected, I prefer a more open groupings."

Daniel F. Bradley has published her work in fhole as has jwcurry in industrial sabotage & also as post cards & broadsides. She has published Brackets & Boundaries under her own imprint.

Some of her work can be seen on-line at www.Ditch poetry.com , The Intermedia Poetry Project, & 17 Seconds (a journal of poetry and poetics), Issue 2.

Judith Copithorne has compiled a check list of important poetry events & publications occurring in Vancouver proper in the 1960s, with her commentary on these events, in a collection of essays called Making Waves, edited by Trevor Carolan for Anvil Press in November of 2010. This checklist is also available on-line in Issue Three of the University of the Fraser Valley Research Journal.