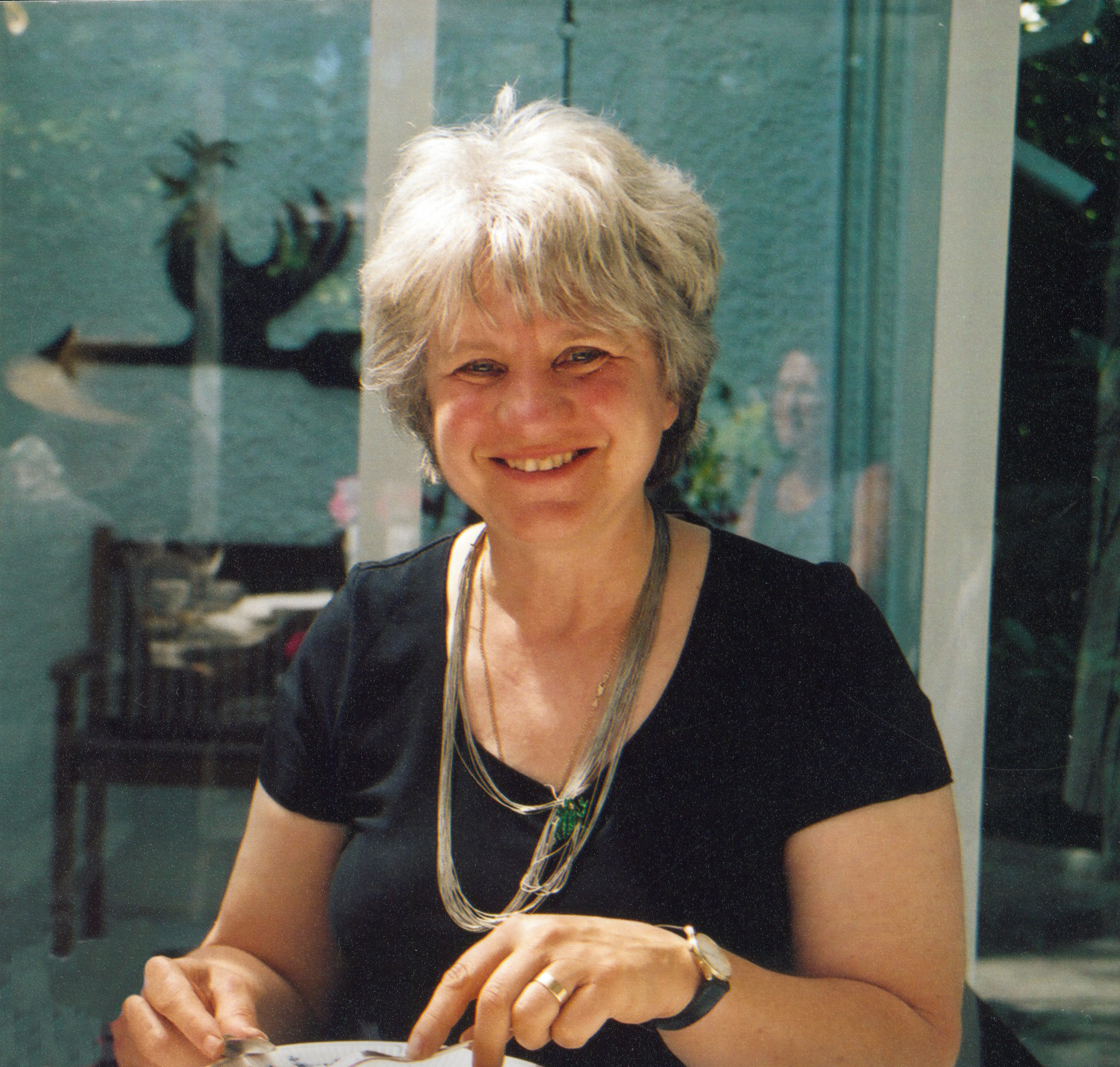 
Holding a doctorate in Philosophy from the University of Calgary, Claudia Cornwall teaches at SFU Writers Studio. She has written for various publications including the Globe & Mail and Readers Digest.

Her memoir, Letter From Vienna (Douglas & McIntyre, 1995), is a personal account of her quest to uncover her true family story. It received the Hubert Evans Non-Fiction Prize in 1996.

Selected by the American Library Association as one of the year's best books, Claudia Cornwall's Catching Cancer: The Quest for Its Viral & Bacterial Causes (Rowman & Littlefield $36) profiles groundbreaking cancer researchers and describes a link between infections and cancer. "For years, we've thought cancer was the result of lifestyle choices, environmental factors, or genetic mutations," says Cornwall. "But pioneering investigators have begun to change that picture. We now know that infections cause 20 percent of cancers, including liver, stomach, and cervical cancer, which together kill almost 1.8 million people every year. While the idea that you can catch cancer may sound unsettling, it is actually good news. It means antibiotics and vaccines can be used to combat this most dreaded disease. With this understanding, we have new methods of preventing cancer, and perhaps we may be able to look forward to a day when we will no more fear cancer than we do polio or rubella." Catching Cancer features Cornwall's interviews with Nobel Laureates, Harald zur Hausen, Barry Marshall, Robin Warren, as well as other notable scientists, taking the reader inside the research labs to describe discoveries that are altering medical approaches to the confounding disease.

Reader's Digest bought the worldwide (non-exclusive) rights to publish an excerpt from Claudia Cornwall's Battling Melanoma: One Couple's Struggle from Diagnosis to Cure (Rowman & Littlefield 2016). The jacket copy for this fine work cannot be improved upon:

"In June 2013, Gordon Cornwall's melanoma went metastatic and spread to his brain. He and his wife, Claudia, thought it was 'game-over.' But his oncologist encouraged them to look for a clinical trial that might work for his form of melanoma. After embarking on a continent-wide search, they found a study in Texas with spots for just two more patients. They scrambled to get Gordon enrolled, and in August 2013, three days after he had his first infusion, he was astonished to see a lump on his shoulder softening and shrinking. Three months later, in November, a CT-scan revealed that all his tumors had disappeared.

"This story of one couple's battle to beat melanoma illustrates how a new treatment, immunotherapy, can defeat even aggressive forms of the disease. It also shows how patients can access the most advanced therapies by enrolling in clinical trials. Claudia describes Gordon's case and learns from conversations with eminent researchers. She paints a portrait of an illness that is difficult but not impossible to combat. With vivid firsthand accounts from their diaries, as well as Claudia's intimate narrative of the ups and downs of cancer treatment, this book will be a ready resource for melanoma patients and their families. It demonstrates how they can fight the disease medically as well as support each other emotionally and physically."

"Melanoma, a term derived from the Greek for 'black tumor' is a cancer of the skin that is difficult to cure if not caught at an early stage. Canadian Cornwall shares her husband Gordon's struggle with malignant melanoma. Diagnosed in 2012, the tumor appeared as a pimply growth on his left arm and metastasized to other sites, including his brain. She describes the multiple doctors who treated him and their occasional differences in medical opinion. Cornwall concludes, 'It seemed that no one person had a monopoly on the truth or the best course of action.' She details the many scans, biopsies, and surgeries Gordon undergoes along with radiation treatment. Paramount is his participation in a clinical trial with an investigational immunotherapy drug which proves highly effective for Gordon and is later approved by the FDA. Cornwall paints the fight against cancer as truly a team effort. Worry and uncertainty accompany the disease, but standing in its way are the bulwarks hope and love. Cornwall's passionate account highlights the importance of diligence and persistence, hunches and luck."

With a foreword by Tyee editor David Beers, Claudia Cornwall's At the World's Edge-Curt Lang's Vancouver, 1937-1998 (Mother Tongue $29.95) is tribute to beat poet and painter turned Renaissance man Curt Lang who met Malcolm Lowry as a teenager and befriended poets Al Purdy, Peter Trower, John Newlove, and Jamie Reid; artists Fred Douglas, David Marshall, and Roy Kiyooka; and musicians Al Neil, and Glenn MacDonald. A street photographer in the early 1970s, he later built boats and fished in the Prince Rupert vicinity. In his forties, he was awarded two patents, and started several companies, within the high-tech industry. He also developed hardware and software for the railroad industry that today is used all over North America. At the World's Edge includes Lang's unpublished photographs of Vancouver, as well as previously unpublished drawings, paintings, and poetry. Claudia Cornwall draws on conversations during her (and her husband's) twelve-year friendship with Curt. 978-1-896949-17-8

Her first book, Print-Outs: The Adventures of a Rebel Computer, was a fantasy for children. In 2009, she co-authored The Life & Art of Frank Molnar, Jack Hardman & LeRoy Jensen (Mother Tongue $34.95) with texts by Eve Lazarus, Claudia Cornwall and Wendy Newbold Patterson.


In her incarnation as a literary Florence Nightingale, Mona Fertig has set about rescuing the reputations of little-known B.C. artists-such as her father, George Fertig, who died unheralded in 1983-and sculptor David Marshall. Her next three candidates for revival are Frank Molnar, Jack Hardman and LeRoy Jensen.

As Molnar is the only one of trio still living, his self-portrait graces the cover of Fertig's second volume in her Unheralded Artists of B.C. series, The Life & Art of Frank Molnar, Jack Hardman & LeRoy Jensen (Mother Tongue $34.95) with texts by Eve Lazarus, Claudia Cornwall and Wendy Newbold Patterson respectively.

Frank Molnar (1936- ) fled from Budapest during the Hungarian Revolution of 1956 and went to the USA where he studied art at the Pennsylvania Academy of Fine Arts. In 1962 he arrived in Vancouver and later met artists David Marshall, Peter Aspell, Georg Schmerholz, Elek Imredy and Jack Akroyd. In 1969 he became one of the first art teachers at Capilano College where he taught life drawing and artistic anatomy for almost 30 years. His students included Charles Van Sandwyk, Cori Creed and Will Rafuse. Today he continues to paint and lives in Vancouver with his wife Sylvia.

Jack Hardman (1923-1996) was born in New Westminster and studied art in Western Washington and at UBC. He married B.C. poet Marya Fiamengo in the 1950s. A sculptor and a printmaker, he was an assistant to Cubist sculptor Alexander Archipenko in 1957. Hardman taught many art students in Burnaby in the '60s, and from the mid '70s through the '80s he was the Director of the Burnaby Art Gallery. His friends included artists Joe Plaskett, Jim Willer, Joy Zemel Long, David Marshall and Peter Paul Ochs. He lived in Burnaby where he died in 1996.

LeRoy Jensen (1927- 2005) spent his childhood in China, Japan and Vancouver. He studied painting at the Royal Academy of Copenhagen, as well as with the French cubist Andre L'Hote in Paris. In 1954 he returned to Vancouver to paint and forged a friendship with artists Jack Hardman, George Fertig, David Marshall and Peter Aspell. He was a founding member of Greenpeace and later a member of the Victoria-based Limner group. In 1982 he moved to Salt Spring Island with his family, where he fought for social environmental causes and continued to paint the human condition, especially women, until his death in 2005.

Next year we'll see the release of Fertig's long-in-the-works study of her father and his art, in tandem with the first retrospective exhibition of George Fertig's work at the Burnaby Art Gallery.
978-1-896949-02-4