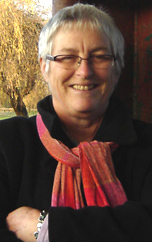 
Jane Covernton has lived in B.C. all her life except for brief sojourns in Quebec, Halifax, Toronto, and Jamaica. She is a former journalist who has devoted herself to writing since 1978. She has published stories and essays in literary magazines including Event and Capilano Review. She won a National Magazine Award for the story of her family's adoption in Saturday Night. She also engages in the serious hobby of growing herbs and making herbal medicine.

Articles: 1 Article for this author
Raindrops and Smoke (Self-published, $25)
Info


Jane Covernton is a herbalist and former TV reporter whose ruminative fiction is chiefly concerned with modern spirituality and consciousness. Her first novel Raindrops and Smoke (Self-published, $25) is about a United Church minister named Robin who is married to a Buddhist husband. As Robin re-examines her turbulent Sixties background, we meet Leona, who ran away from the National Ballet School with a drug dealer and ended up pregnant and busted in South America, and the minister's mother Marjory, who went to San Francisco in 1966 to look for her wayward daughter. 0-9682477-0-9