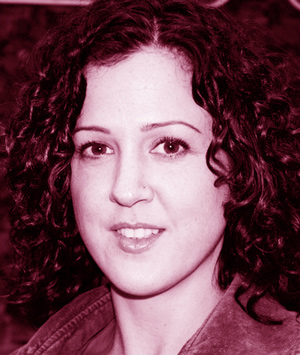 
Growing up in a communal housing project on the tip of Vancouver Island, Buffy Cram spent most of her childhood running wild on beaches with a gang of kids her own age. When she wasn't on the beach she was spying on adults from up trees.

Since that time Buffy has spent the last decade teaching and writing in Vancouver, Montreal, Boston, Texas, Mexico, South Korea, South America and various parts of Europe. She currently divides her time between San Francisco and Berlin, Germany. She writes by day, bartends by night and has a business making repurposed leather handbags on the side.

Buffy's stories have appeared in Prairie Fire, The Bellevue Literary Review and the anthology, Darwin's Bastards: Astounding Tales From Tomorrow. Her fiction was a finalist for the 2009 Western Magazine Award and has been nominated for a Pushcart Prize. She has received a National Magazine Award for her creative non-fiction.