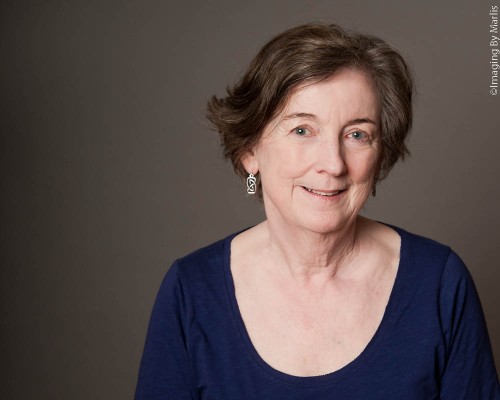 
Born in New Westminster on October 16, 1941, Marion McKinnon Crook grew up in Cloverdale and graduated from Seattle University with a BSc in Nursing in 1963. She worked as a public health nurse, primarily in the Cariboo, for 21 years. "I had Horsefly, Likely, Black Creek and Lac La Hache. It was 38-below sometimes, on logging roads, 60 miles from the nearest doctor. When you're 23 years old and naive, you learn a lot of things fast. The first time I went to Likely they flew in a 20-year-old boy who had been hit by a tree. He was dead. That was my introduction."

She raised three children and tended a flock of sheep, and cattle. Having sold three stories to CBC Radio in 1969, she began self-publishing a series of Susan George mysteries for juveniles, plus B.C. stories about 11-year-olds named Megan and Ricky, including The Hidden Gold Mystery and Crosscurrents. Her self-published historical novel about early Vancouver was A Question of Justice - 1986 (Williams Lake, 1985)

Later Crook co-wrote and published How To Self-Publish and Make Money with Nancy Wise of Kelowna, something of landmark text that recognizes and encourages the viability of self-publishing in B.C. Crook has since written (but not published herself) various books about teenagers, including The Face in the Mirror: Teenagers Talk About Abortion and Every Parent's Guide to Understanding Teenagers and Suicide. The Body Image Trap is "for the 92% of women who don't fit the idealized frame." In 1995 she received an MA in liberal studies at SFU. She has a Ph.D in Education from UBC and has spend several decades researching and writing about difficulties faced by teenagers.

In 2016 she published a third edition of her book of advice for writing for children and teens. "The writing process for this edition of the book" she ways, "was fast and exciting. I followed the outline of the second edition of the book, but the world of writing and publishing had changed so much that I muttered a kind of schizophrenic conversation with myself discussing every paragraph. Was this still true? What else contributed to this aspect of writing in this modern world? I was, at the time of writing, on a private Facebook page with about fifty other writers, most of them living in the US, who discussed writing and contracts and were willing to give advice. I volunteered to participate in their virtual tours, street trams, contests and promotional schemes in order to find experience in this new digital marketing. It was strange and fascinating."

Articles: 3 Articles for this author
In Riding Scared (Lorimer $8.95)
Info


Gillian is terrified of horses, but her father pushes her into the sport. In Riding Scared (Lorimer $8.95), another in the Sports Stories series, Marion Crook throws readers into the world of competitive show jumping.


Suicide is the second highest cause of death among teenagers according to Marion Crook's Suicide: Teens Talk To Teens (Self Counsel $12.95), her expanded and revised version of Teenagers Talk About Suicide (1988), includes some new material to reflect Aboriginal and homosexual perspectives. As well, Crook's Every Parent's Guide to Teenagers and Suicide was reissued in 1992 as Please Listen to Me!


THE RECENT CONTROVERSY OVER DEMI Moore's photograph on the cover of Vanity Fair magazine has renewed debate over which images of women are acceptable in public places. It also raises deeper questions, such as what images of women and men do we hold in high esteem, do we aspire to? Are these images a model or a trap? "A perfect woman is tall, blond, and size ten," says Marion Crook. "She makes money. She has two children and a husband. She is educated, accomplished, efficient and organized." Yet only eight per cent of women are size ten. The number who are size ten and fit the rest of the definition of 'perfect' is very tiny. "What about the rest of us?" Crook asks in The Body Image Trap (SelfCounsel $9.95), to be published this November. "Are we, therefore, not women who are good enough? Are we failures?" As ridiculous as that notion is, women desperately try to conform to the images of Bo Derek and Julia Roberts, "pursuing ideals that are born in media advertising."'' Crook has gathered opinions from hundreds of women for her book. She says women generally dislike their bodies, especially their size. Yet most do not even have an accurate idea of how big they are. "Ninety per cent of women over-estimate their size by 25 percent," she says, 'Crook's book encourages women to accept their body image, whatever their size. The main benefit, she says, is that once women drop the quest for the unattainable size 10, they can accept themselves and "go after what we want in life." 0-88908-975-2