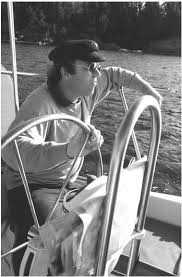 
Born in Manitoba, lawyer Norm Cuddy moved to Halfmoon Bay in 2007. He continued to practice law in Winnipeg and Vancouver until 2015. He died in 2016.

Cuddy wrote fiction in his free time and his novel Return of the Jaguar, a fictionalized story about the carnage that took place at Acteal, Chiapas, Mexico during the Zapatista uprising, was published posthumously in 2017. It was shortlisted for the Whistler Independent Book Awards in 2018.