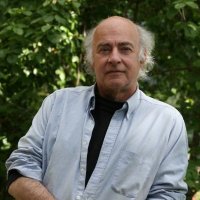 "The medical marijuana regulatory scheme interests me as a grand example of government getting something entirely wrong."; says Jay Currie, author of Start & Run a Marijuana Dispensary or Pot Shop: Wherever it is Legal! (Self-Counsel Press $21.95). 978-1770402621

Here is Currie's response to the Health Canada "boffins"; who made sales of marijuana far more complicated than sales of booze, which wreak far more havoc on our society.

espite the fact that i don't smoke pot-because if I do I will be asleep in approximately three minutes-I have long advocated complete legalization for libertarian reasons but also because the criminal law is essentially unenforceable.

The original medical marijuana regulations allowed people to buy from a single supplier or grow their own or designate a grower. While the system was far from perfect, and found to be unconstitutional, it had the advantage of regulating with a very light hand. But, oh Heavens, there was "leakage."; Medical pot was not always only used by medical users. Yikes.

So Health Canada came up with a regulatory scheme which was going to licence grower/distributors and put the users and their growers out of business. Enter Big Green and a bunch of promoters who sold shares in publicly listed companies based on the new regulations. The promoters made a lot of money using a simple story: there were 45,000 medical pot users in Canada (projected to grow to 450,000 users in a decade) who each used about 3 grams a day and who would have no choice but to pay between $8 and $15 a gram for their "medicine."; You do the math.

To my not very great surprise, people used to paying $0 to $5.00 a gram did not rush to sign up. And, very quickly, at least in Vancouver, pot shops-for registered users only of course-began to spring up. Becoming a registered user was not tough. As the 5th Estate guy discovered, telling a naturopath a charming story about stress and sleep disturbance over Skype gets you your registration. At which point you are free to buy. (I note the 5th Estate did not ask the pot shop owners where they were getting their pot-which is a rather good question because it is certainly not from the licenced growers as they are not allowed to sell except by mail order.)

As anyone who has lived in Vancouver knows, the Vancouver Police Department has better things to do than bust dispensaries. Plus, given the injunction halting enforcement of the Health Canada regs, it is not obvious what they would bust the dispensaries for that would have a chance of getting past the Crown. But even if they did bust the dispensary and even if the Crown brought charges, it is pretty difficult to see how a judge could find a person guilty who was selling to a registered user.

The problem is that the boffins at Health Canada have not quite figured out that their regulations are assuming a world which does not exist. First, they assume that people want to smoke "legal pot."; That might be true if police forces were in the habit of kicking down doors to arrest people smoking pot at home but, I fear, that hasn't happened in years. (It may occasionally occur as a means of harassment but "probable cause"; is usually sufficient to beat the charges.)
Second, the boffins assumed that "medical marijuana"; would somehow be policed by the medical profession.

While it is a happy thought, all that is needed are a few doctors, nurse practitioners and naturopaths who think pot is just fine for what ails you, to render the "policing"; function meaningless. Given that there is very little evidence either way as to pot's medical efficacy, putting the burden of policing on the medical profession was a non-starter from the get go.

Third, the idea of centralizing growing and distribution of a relatively easy to grow plant in the hands of a group of entrepreneurs was a forlorn hope.
The only way that the regulations - if they ever manage to survive judicial scrutiny-will work is if Health Canada can somehow convince the Vancouver (and many other city police departments) to enforce the Criminal Code in the face of wide spread public opposition.
Health Canada's regulations will only work if the cost of "illegal medical marijuana"; is, by draconian
enforcement, raised to the point where the legal alternative is cheaper. Which would mean a level of enforcement which far exceeds the scale of enforcement we saw in the 1990s. Which is not going to happen.

Health Canada is in way over its head. Now the law is in disrepute with the public and, more importantly, the police, Crown and judges.