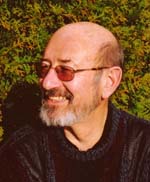 
Under-celebrated and unassuming, Anthony Dalton rivals the likes of Wade Davis and Jim Delgado as one of B.C.'s most-travelled authors.

Dalton scrupulously separated fact from fiction for his nautical biography Wayward Sailor: In Search of the Real Tristan Jones. Tristan Jones was a superb sailor and raconteur who wrote a series of supposedly autobiographical books outlining many remarkable adventures on the seven seas. "He was the greatest nautical storyteller of the 20th century," said Dalton in 2004. "but everything he did was based on a lie. He was a nobody until age 40. He invented Tristan Jones. Then he grew into the shell he created for himself." Dalton spent three years tracing how the Welsh-born Jones consistently and chronically lied about his background and used false passports while inventing ordeals in the Royal Navy, South America and the Arctic. Although Dalton was frequently exasperated by his subject and he had to become a literary detective in order to unravel the truth, he is nonetheless admiring of the liar whose accomplishments at sea eventually caught up with his reputation. Dalton's study was one of ten books nominated by the Welsh Academi for Welsh Book of the Year in 2004.

In J/Boats, Dalton documented the success of the Rhode Island boat designers and builders, J/Boats, Inc., a family-owned and -run company that sold more than 11,000 sailboats during its first 28 years of operation.

In Baychimo: Arctic Ghost Ship, Dalton traces the history of the Hudson's Bay Company ship that was seen, unmanned, at various locations in the Arctic for more than three decades after she was trapped in the ice and abandoned by her crew in 1931. Under Captain Sydney Cornwell, the Baychimo usually sailed from Vancouver for her annual Arctic tradition expeditions.

In his follow-up volume, Alone Against the Arctic (Heritage 2007), Dalton recalls making a near-fatal solo voyage by small open boat around the west and north coasts of Arctic Alaska in the summer of 1984. Dalton's narrative of his attempt to make a solo transit of the Northwest Passage recalls an arduous Arctic trek undertaken by three U.S. officers from the cutter Bear in 1897. The threesome set off from below the Arctic Circle in an effort to drive a herd of reindeer over 1,500 miles of frozen tundra and ice to Point Barrow, Alaska. As he undergoes his own ordeal, Dalton recalls the heroic efforts of his three men who tried to bring the reindeer herd to the crews of eight whaling ships stranded in the ice, on the verge of starvation.

A writer and photographer for more than 20 years, Dalton was previously a professional expedition leader and adventure guide. Between 1969 and 1980 he organized and led long-range expeditions in the Sahara (including a television documentary for CBC-TV), West Africa and the deserts of the Middle East. He was the organizer and leader of a CBC-TV filming expedition to the Saharan salt mines of Taoudenit in northern Mali, and participated in a television documentary on great Canadian rivers for the Discovery Channel. He has made river expeditions with Bangladeshi naturalists in search of the Royal Bengal tiger and paddled wilderness rivers in northern Canada.

Many of Anthony Dalton's global escapades are retold in Adventures with Camera and Pen (BookLand $24.95) as he searches for polar bears on the shores of Hudson Bay, evades rutting musk ox and tracks Royal Bengal tigers in Bangladesh. Dalton affably recounts his journey to the salt mines north of Timbuktu with a CBC-TV film crew, buying camels in Oman and rescuing a Canadian from Nigeria. He doesn't look like Indiana Jones, but he's a man for all climates, from Norway to Namibia.

Dalton's River Rough, River Smooth (Dundurn $32.99) retraces the path of explorers on Manitoba's Hayes River which runs for more than 600 kilometres from near Norway House to Hudson Bay. As Manitoba's largest naturally flowing waterway, the Hayes-named after the founder of the Hudson's Bay Company-became a mayor source of transportation for settlers and fur traders such as Pierre Radisson.

Dalton is a Fellow of the Royal Geographical Society and a Fellow of the Explorers Club, as well as a member of the Canadian Authors Association. Anthony Dalton also received the 2009 Surrey Board of Trade Special Achievement Award.

Dalton's illustrated feature articles have been published in 20 countries and nine languages. He is self-described boating fanatic who specializes in writing for boating/sailing magazines. When he's not working he enjoys sailing his 33' sloop 'Retreat', or cruising British Columbia's Gulf Islands in his home designed and built 21' Polynesian outrigger canoe.

A Long, Dangerous Coastline tells the stories of passengers and crews who found themselves in extreme danger along the west coast of North America.

Polar Bears teaches about the bears' single-minded approach to life and acquiring food, while sharing hair-raising encounters between polar bears and humans.

Dalton has also provided the foreword for a new edition of the 1856 classic The Discovery of a Northwest Passage (Touchwood $19.95), containing the logs of Captain Robert McClure from 1850 to 1854. Although his ship H.M.S. Investigator was trapped in ice for years-its remains were located in 2010-McClure's expedition is credited with the first traversal of the Northwest Passage, undertaken partially on foot. His voyage was intended as a rescue mission seeking survivors of the missing Franklin expedition. McClure and his men survived two harsh winters "iced"; in Mercy Bay until their rescue in 1853. 978-1-77151-009-7

In 1609, British navigator Henry Hudson, famous for his explorations of Hudson Bay and the Hudson River area, was commissioned by King James I of England to find an arctic passage through the ice. This northwest passage would open the way to the riches of the Orient. Hudson, having led four previous expeditions in 1607, 1608, 1609 and 1610, was well qualified for the task. Henry Hudson: Doomed Navigator and Explorer (Heritage House $9.95) describes the explorer's final voyage and how his fatal obsession and reckless decisions pushed his crew to mutiny. Henry Hudson failed to reach his goal; instead, he vanished into the mists of history, his ultimate fate unknown. Dalton's book reveals a classic tale of courage, ambition and treachery on the high seas.

Alone Against the Arctic (Heritage 2007)


In the 1920s, the crew of Baychimo set up trading posts in eastern Canada, sailed on fur-trading expeditions to Siberia during the turbulent years of the Russian civil war and made dangerous annual voyages around Alaska to Canada's western Arctic coast, shouldering her way through ice floes to resupply the HBC's remote trading posts.

Baychimo's history has a remarkable twist. In 1931, she became trapped in an ice floe that refused to let go. Expecting her to sink at any moment, her crew abandoned ship. But Baychimo was as stubborn as the ice, and she floated away unharmed to begin what would prove to be the longest phase of her seemingly charmed career. For the next four decades she would appear unexpectedly on the horizons of unpredicted places. Always defiantly upright and afloat, Baychimo became known as the Arctic ghost ship.

In Search of the Real Tristan Jones (McGraw-Hill $21.94)
Review


According to a new biography, Welsh Sailor Tristan Jones was the greatest nautical storyteller of the 20th century but nearly everything he did was based on a lie.
"He was a nobody until age 40,"; says Anthony Dalton, author of Wayward Sailor: In Search of the Real Tristan Jones (McGraw-Hill $21.94). "He essentially invented Tristan Jones, then he grew into the shell he created for himself.";
Dalton spent three years tracing how Jones chronically lied about his background and used false passports while describing his imaginary ordeals in the Royal Navy, South America and the Arctic. Nonetheless Dalton admires the man whose maritime accomplishments eventually caught up with his reputation, as he lost both his legs in the process.
A boating fanatic, Dalton lives in Tsawwassen where he keeps a 33' sloop and a self-built 21' Polynesian outrigger canoe. If you can believe his resume-he has led a CBC-TV documentary expedition to the salt mines of Taoudenit in northern Mali, conducted a near-fatal solo voyage by small boat around the west and north coasts of Arctic Alaska, made river expeditions with Bangladeshi naturalists in search of the Royal Bengal tiger and paddled wilderness rivers in northern Canada for the Discovery Channel.
Dalton is a Fellow of the Royal Geographical Society and a Fellow of the Explorers Club. He is now writing a novel about a man-eating Bengal tiger that is inspired by his frightening encounter with one-in the middle of a river.
Wayward Sailor has been released in trade paperback and Dalton has co-authored The Best of Nautical Quarterly, Vol 1, The Lure of Sail (MBI Publishing; H.B. Fenn $65) with Reese Palley. Dalton and Bernice Lever recently co-chaired the national convention of the 85-year-old Canadian Authors Association.
Wayward 0-07-144028-3; Best of 0-7603-1820-4

Alone Against the Arctic (Heritage $19.95)
Article


In his memoir Alone Against the Arctic (Heritage $19.95), Anthony Dalton recalls making a near-fatal solo voyage by small open boat around the west and north coasts of Arctic Alaska in the summer of 1984.

As he undergoes his own ordeal, Dalton recalls the heroic efforts of the three men who tried to bring the reindeer herd to the crews of eight whaling ships stranded in the ice, on the verge of starvation.