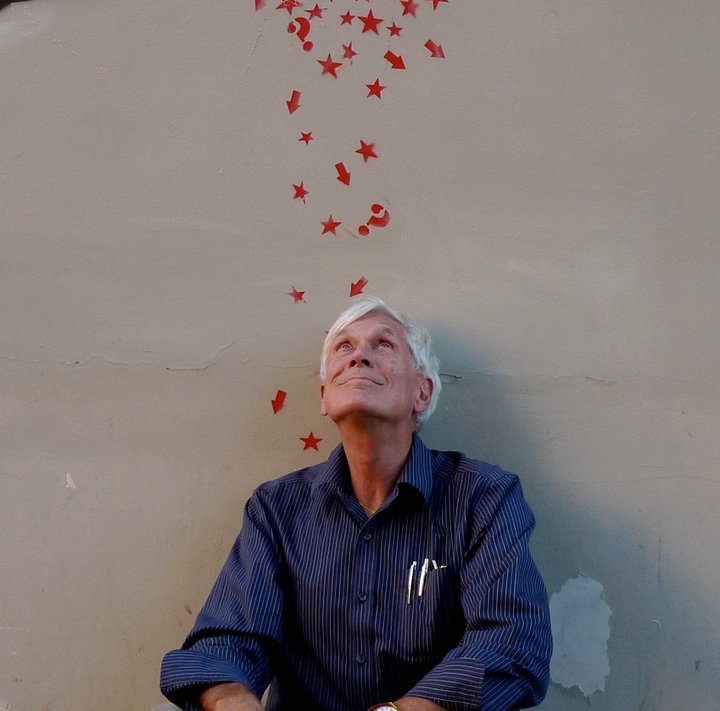 
Now living in Oslo, Norway, Richard Daly is widely regarded as a social anthropologist, translator, editor and Aboriginal rights consultant. Originally from Pender Harbour, he is the son of John Daly, the West Coast fisherman who was profiled in Fishing With John by Edith Iglauer.

To assist Gitksan and Witsuwit'en plaintiffs in making their case for Aboriginal self-governance, anthropologist Richard Daly was called as a witness in the landmark Delgamuukw case that remained in British Columbia courts from 1987 to 1997. Having spent several years documenting their institutions, their proprietorship and their ethnography within the field of forager studies, Daly initially had his arguments rejected as insufficient by Justice Allan MacEachern, but ultimately vindicated in a higher court. His subsequent study Our Box Was Full: An Ethnography for the Delgamuukw Plaintiffs (2004) provides insight into the role of anthropology in Aboriginal rights litigation. It was a finalist for the Harold Adams Innis Prize in the Social Sciences.

Daly has dealt primarily with issues of Aboriginal land ownership and cultural heritage within First Nations of the Great Lakes region and British Columbia. To explain the significance of rock writings in the lower Stein Valley, Daly collaborated with 'Nlaka'pamux elder Annie York and art historian Chris Arnett in They Write Their Dreams on the Rock Forever: Rock Writings in the Stein River Valley of British Columbia (Talonbooks, 1993).

For Our Box Was Full, An Ethnography for the Delgamuukw Plaintiffs (UBC Press 2005), Daly had to boil down 750 pages and 12 days of testimony at the trial into a 330-page academic book.

Having collaborated with Annie York twenty years ago for They Write Their Dreams on the Rock Forever, Richard Daly has co-written the oral history of StÃ³:lo artist and craftswoman Rena Point Bolton for XwelÃ­qwiya The Life of a StÃ³:lo Matriarch (Athabasca University Press $34.95). Point Bolton, a weaver and mother of ten, was living in northern B.C. when the book was published. XwelÃ­qwiya celebrates her as a teacher and activist who maintained and revived StÃ³:lo art. [See below]

Born in Vancouver, Canada, and raised in a fishing and forestry community on the Pacific Coast, he was awarded a bachelor degree in English literature at the University of British Columbia. Thereafter he worked in hydroelectric construction, hitch-hiked extensively in Europe and the Middle East before enrolling in social anthropology at the University of London in the turbulent sixties. He took his masters degree at the "Manchester School"; of Professors Max Gluckman and Clyde Mitchell with its emphasis on rigorous fieldwork and the analysis of social situations where the role played by researcher was part of the field data to be analysed-and this long before the era of postmodernism.

Richard Daly's doctoral research examined gender equality and communal relations among the Iroquois and Wendat peoples of northeastern North America. He was awarded his doctorate at the University of Toronto under the guidance of Professor Richard Lee. He worked as curatorial assistant and conservator at the Royal Ontario Museum and later as contract researcher and expert witness for First Nations plaintiffs in aboriginal rights and "land claims"; cases before the British Columbia and Federal court systems. After living in Toronto and northern British Columbia he moved with his Norwegian wife, Liv Mjelde, now Emerita Professor of Vocational Pedagogy, to a cabin in the woods outside Oslo, Norway, where he has worked on translation, editing and research projects. Together with Liv Mjelde, he has worked on learning problems of working people and the changes imposed on them by the labour market, both in Europe and elsewhere. This included four years when they conducted a Masters programme in vocational pedagogy funded by the Norwegian Ministry of Foreign Affairs. The programme was carried out by Kyambogo University in Kampala for students from Uganda and South Sudan.

Daly, Richard. Our Box Was Full: An Ethnography for the Delgamuukw Plaintiffs (UBC Press, 2004).

Our Box Was Full, An Ethnography for the Delgamuukw Plaintiffs (UBC Press 2005).

Review of the author's work by BC Studies:
Xweliqwiya: The Life of a Sto:lo Matriarch


Xwelíqwiya is the life story of Rena Point Bolton, a Stó:lo matriarch, artist, and craftswoman.

Proceeding by way of conversational vignettes, the beginning chapters recount Point Bolton's early years on the banks of the Fraser River during the Depression. While at the time the Stó:lo, or Xwélmexw, as they call themselves today, kept secret their ways of life to avoid persecution by the Canadian government, Point Bolton's mother and grandmother schooled her in the skills needed for living from what the land provides, as well as in the craftwork and songs of her people, passing on a duty to keep these practices alive. Point Bolton was taken to a residential school for the next several years and would go on to marry and raise ten children, but her childhood training ultimately set the stage for her roles as a teacher and activist. Recognizing the urgent need to
forge a sense of cultural continuity among the younger members of her community, Point Bolton visited many communities and worked with federal, provincial, and First Nations politicians to help break the intercultural silence by reviving knowledge of and interest in Aboriginal art. She did so with the deft and heartfelt use of both her voice and her hands.

Over the course of many years, Daly collaborated with Point Bolton to pen her story. At once a memoir, an oral history, and an "insider"; ethnography directed and presented by the subject herself, the result attests both to Daly's relationship with the family and to Point Bolton's desire to inspire others to use traditional knowledge and experience to build their own distinctive, successful, and creative lives.


It's not easy to promote a West Coast book with an unpronounceable title from an Alberta-based publisher.

But that didn't prevent the authors of Xweliqwiya from having an unforgettable launch in Sardis, at Coqualeetza, near Chilliwack, to celebrate Stó:lo matriarch, artist and craftswoman Rena Point Bolton's lifelong struggle against cultural silencing.

Co-authored with friend and ethnologist Richard Daly, Bolton's autobiographical Xweliqwiya, The Life Story of a Stó:lo Matriarch (Athabasca University Press $34.95) was not printed until the annual Stó:lo Nation winter dance mi'lha season had already begun, so everyone took a break from initiation work-the training of new spirit possession initiates-to honour the mother of ten children for her key role in fostering Stó:lo customs and knowledge on November 7 at the new Stó:lo Research and Culture Centre.

The Point family provided drummers, singers and dancers, served smoked chum and sockeye, bannock, salads and finger foods, tea and coffee, for more than one hundred well-wishers and admirers. After Daly showed a five-minute video interview with Rena made by the BC Achievement Foundation, he explained how he had gradually co-wrote the book with Rena, from 1989 onwards.

Daly also read two pages from her book that described how she was brainwashed at residential school, "coming out ready to march off to India as a missionary."; Then Rena spoke and explained the name she holds, Xweliqwiya, meaning Flesh-eating Wolf Mother.

Much to Daly's surprise, she revealed she no longer retains the name, having recently passed it along to her grandchildren's generation. Instead she has taken the name of Mrs. August Jim, keeper of the sacred sxwoyxwey cult back in the era of the pioneering, UBC-based anthropologist Wilson Duff.

Later in the evening Rena explained Xweliqwiya's right to subject all babies whose mothers claimed the father was from Rena's wolf family to the test of being offered to the wolf mother on Sumas Mountain. If the girl told the truth the baby was licked, if not, it was eaten.

It's that type of knowledge that Rena Point Bolton is renowned for preserving on behalf of the Stó:lo, or Xwélmexw, as they call themselves today.

The book recounts Point Bolton's youth on the banks of the Fraser River during the Depression, a period when the Canadian government persecuted her people and cultural activities were mostly done in secret. Her mother and grandmother educated her in traditional skills as well as the songs of her people. Later Point Bolton made it her duty to revive Stó:lo practices as a teacher and activist.

For decades, Point Bolton has visited many communities and worked with federal, provincial, and First Nations politicians to rekindle knowledge of, and interest in, Aboriginal art. Her life story is a memoir, an oral history and an "insider"; ethnography that Daly and Point Bolton hope will inspire others to use traditional knowledge to foster successful and creative lives.