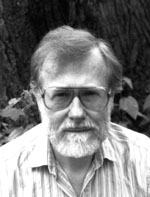 
Perhaps Frank Davey's most accessible and memorable book will be his most atypically direct and personal, How Linda Died (ECW Press, 2002), an unflinching chronicle of his wife's deteriorating health and her eventual death due to a brain tumour. Not aware she was seriously ill, Davey began making notes about his wife's odd behaviour in March of 1999. It seemed very strange to him that Linda Davey, a lawyer, was ignoring correspondence, playing computer games five hours a day and sometimes sleeping 15 hours at a time. Having serious difficulties with her vision, memory and concentration, she finally consulted her doctor in April of 1999, whereupon a neurologist diagnosed the tumour. They were told her remaining life span would be less than a year. Davey and their two grown children began "ransacking the Internet" for information on brain tumours while his wife Linda insisted her tumour should be kept secret from friends and outsiders. Davey's journal is heart-wrenchingly direct as it reveals the ups-and-downs of his wife's cancer treatments. Hopes were raised when a biopsy led the neurosurgeon to suggest she might have had her tumour for 15 years and it was therefore unlikely to bring death for another five years. Davey increasingly recalls events in their family history, documenting the strains in their marriage, in a search for meaning, producing an unintentional biography of his wife as a form of unintentional therapy. Radiation therapy produced cruel glimpses of hope. She could remember the names of vegetables. All the appliances in their home were no longer called the VCR. But steroids had severe side effects and the original tumour became two. Costly experimental drug treatments ensued. By March of 2000 her case became officially hopeless. She died on June 9, 2000. Possibly Davey's avant-garde bravura since the early 1960s had inadvertently trained him to have the strength to write How Linda Died, a compelling memoir that reaches far deeper than the preciousness of literary theorizing and cultural analysis.

Three years later Davey published a haunting poetic memoir of his British Columbia childhood, Back to the War (2005). Before there was Leave it to Beaver and Father Knows Best, before television, Frank Davey was growing up in Abbotsford, still in short pants, with picnics at Hatzic Lake, asking questions about the Japs and Hitler, and his mother played The Old Rugged Cross once a year on his grandmother's piano. Davey's suite of bittersweet poems in Back to the War (Talonbooks, $16.95) bristle with terse and harsh family dialogue, punctuated by some hard-earned glimmers of nostalgia. "Last spring she took me by bus across the river / to the Music Festival in Mission / to compete in grade 3 piano. There was a girl there / from New Westminster, called Naomi McCorkindale, / who played the piano with her whole body."; Abbotsford could be a mean-spirited, unsophisticated place; Davey escaped from it only to return in memories.

Born in Vancouver on April 19, 1940, Frankland Wilmot Davey grew up in Abbotsford and became co-founder and editor of the TISH poetry newsletter at UBC. He earned a B.A. from UBC in 1961 and an M.A. in Creative Writing in 1963. He gained his Ph.D. from University of Southern California in 1968. He started to edit an offshoot publication called Open Letter while teaching at a Royal Roads Military College in Victoria (1963-1969). From 1965 onward, Open Letter served as a link between the TISH poets as they dispersed from UBC. Still encouraging the poetics of the Black Mountain School in Canada, Davey moved Open Letter to Ontario where he and it became closely associated with the Coach House Press. Davey's many books of poetry include Popular Narratives and Selected Poems: The Arches. He has also been the editor of Talonbook's New Canadian Criticism Series which includes (along with Davey's own book on Atwood): George Bowering: Bright Circles of Colour (1992) by Eva-Marie KrÃ¶ller; bpNichol: What History Teaches (1984) by Stephen Scobie; Michael Ondaatje: Word, Image, Imagination (1984) by Leslie Mundwiler; Outsider Notes: Feminist Approaches to Nation State Ideology, Writers/Readers and Publishing (1996) by Lynette Hunter; and Timothy Findley and the Aesthetics of Fascism (1998) by Anne Geddes Bailey. Frank Davey received a Writers Choice Award in 1987. He has produced the aforementioned critical study of Margaret Atwood along with studies of Charles Olson (1970), Earle Birney (1971), Louis Dudek (1981) and Raymound Souster (1981). Davey's abiding explorations of literary and cultural politics led him to the intersection of media and politics in the 1990s with two books about the short-lived prime ministership of Kim Campbell and the aftermath of the murders committed by Karla Homolka and her boyfriend. These were followed, in turn, by the rivetingly confessional How Linda Died. His book Mr and Mrs G.G. looks at the coupledom of Adrienne Clarkson and John Ralston Saul in their Rideau Hall context. "It's a part of what I like to think is my continuing Western Canadian critique of centralizing humanist conceptions of Canada, extending from From There to Here through Canadian Literary Power and Post-National Arguments," says Davey.

Review of the author's work by BC Studies:
When Tish Happens: The Unlikely Story of Canada's "Most influential LIterary Magazine"


"Frank Davey is the Carl F. Klinck Professor of Canadian Literature at the University of Western Ontario. He is the first to hold this chair. Frank Davey's writing reveals a humourous and ironic comment on the ambiguous play of signs in contemporary culture, on the popular stories that lie behind them, and on the struggles between different groups in society--racial, regional, gender-based, ethnic, economic--that drive this play." -- Talonbooks


Back to the War
by Frank Davey

Over thirty years in the making, Frank Davey's careful archaeology of the catalogue of innocence his youthful imagination assembled growing up in and immediately after the Second World War is a work of astonishment. This is no lyrical work of sentimental nostalgia, no attempt to return to a romanticized 'simpler past,' no rediscovery of 'the child within,' but rather a careful reconstruction of 'the child without.' The reader moves through these poems, neither sanitized nor updated by their passage through experience, as one would through a gallery installation of intensely personal epiphanies, both frightening and ecstatic, lucid and obscure.


For thousands of years, formal compositional rules of rhyme, metre and rhetorical devices have shaped the language of poetry, creating "meaning"; through the interplay between these culturally determined aesthetic prerequisites imposed on its syntax, and the "other"; intelligence of the poet pushing against these constraints. Bardy Google reinvents these formal boundaries within the frame of our wired world.

With only one hidden exception, each of the texts in this book was constructed through Frank Davey's use of specifically devised Internet searches. The "rules"; for their composition varied: "Love + 560"; began at the 560th line of the search results; most selections excluded incomplete sentences; most included only the first sentence of a search result; all excluded sentences in which all the terms searched for did not occur; and all except two sequenced the sentences in the order found. Some, such as "Time Lapse Action,"; "Sorry"; and "The Imaginaries,"; contain tonal shifts enabled by an abrupt change of the search protocol during their composition. In all cases, any re-composition of the pieces was done only by revising the initial search protocol and generating a new text to replace a previous one.

Because the content of the Internet, and the search-engine priorities assigned to that content, change continuously, these texts are unique and unrepeatable. The same search protocols used in a later month or year could produce quite different results from those assembled here-or distressingly similar ones.

These texts are part of Davey's ongoing work on the use of the sentence as the basic structural unit of poetry-to create poetic texts, as they have always been created, out of the materials of prose. They also constitute another of his forays into cultural commentary-in this case, disclosing how our engagement with globalized culture creates meaning as it "speaks through itself.";