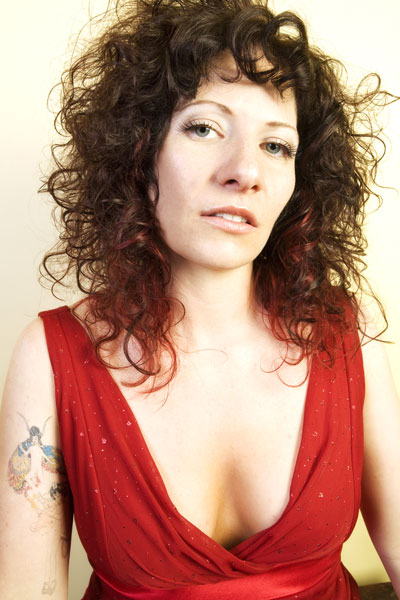 
Amber Dawn won the 2013 City of Vancouver Book Award for her frank portrayal of years spent hustling sex on the streets of that city, How Poetry Saved My Life: A Hustler's Memoir (Arsenal Pulp Press $15.95).

With poetry and prose, she re-traces her path from "survival street work" to her current work as a writer, filmmaker, activist, artist, and educator.

"In most large cities," she writes "there are an estimated 10,000 people (mainly women) working as prostitution-based sex workers and yet we rarely hear from them."

Dawn's story is one of strength, solidarity, alliances, transformation and the "ghetto feminism" that is forged between sex workers. According to her publisher, "Queer, feminist, and sex-positive, How Poetry Saved My Life is a moving and revolutionary book that will challenge readers to confront assumptions about sex work and sexuality."

The City of Vancouver Book Award was presented on November 22 as part of the Mayor's Arts Award ceremony in Vancouver.

How Poetry Saved My Life is not the first gritty and poetic book to both reveal the underbelly of Vancouver and gain its major literary prize. Downtown Eastside activist Bud Osborn, a major force in the successful fight to establish a free injection site, won the City of Vancouver Book Award in 1999 for Keys to Kingdom.

In 2012, Amber Dawn won the $4,000 Dayne Ogilvie Prize from the Writers' Trust of Canada, an annual award given to a lesbian, bisexual or transgender writer who shows promise in their work.

Dawn has one of the more unusual curriculum vitae among UBC Creative Writing grads. Her 'docu-porn' film 'Girl on Girl' has been screened in eight countries; she has thrice toured with the Sex Workers' Art Show in the U.S. and she was voted Xtra! West's Hero of the Year in 2008.

Dawn's first novel Sub Rosa (Arsenal $22.95) features a teenage runaway heroine named Little whose descent into the sex trade is both surreal and chilling. It received a Lambda Award.

Where the Words End and My Body Begins (Aresenal, 2015) is Dawn's debut book of poetry. According to publicity materials, it is "a suite of glosa poems written as an homage to and an interaction with queer poets, such as the legendary Gertrude Stein, Christina Rossetti, and Adrienne Rich, as well as up-and-comers like Leah Horlick, Rachel Rose, and Trish Salah. (Glosas, a 15th-century Spanish form, typically open with a quatrain from an existing poem by another writer, followed by four stanzas of ten lines each, and usually end with a line repeated from the opening quatrain.) By doing so, Amber Dawn delves deeper into the themes of trauma, memory, and unblushing sexuality that define her work."; The book was nominated for a Dorothy Livesay poetry prize.


Established in 2007 from an endowment established by artist Robin Pacific, the $4,000 Dayne Ogilvie Prize annually rewards emerging writers who identify themselves as gay, lesbian, bisexual, or transgender [glbt] , and who have published at least one title are eligible. The 2012 winner is writer, filmmaker and performance artist Amber Dawn, of the author of the Lambda Award-winning novel Sub Rosa (Arsenal Pulp Press, 2010), editor of Fist of the Spider Woman: Tales of Fear and Queer Desire (Arsenal Pulp Press, 2009) and co-editor of With a Rough Tongue: Femmes Write Porn (Arsenal Pulp Press, 2005). Currently, director of programming for the Vancouver Queer Film Festival, Amber Dawn has an MFA in Creative Writing from the University of British Columbia. A jury composed of authors Kamal Al-Solaylee, Ivan E. Coyote, and Michael V. Smith wrote: "Amber Dawn is an impressive, heart-stopping talent. Her debut novel, Sub Rosa, is a clear-eyed myth exploring the lives of young women at risk. Both fearless in its narrative and rich in its landscape of metaphor, Sub Rosa is a book that refuses to be overlooked. Dawn's story is not just an attempt to hold the world's darkness, but to find it some comfort too."; Past winners are Michael V. Smith, Zoe Whittall, Debra Anderson, Nancy Jo Cullen, and Farzana Doctor.