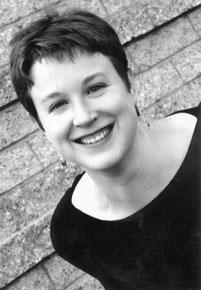 In the town of Terrace, after the Skeena River narrows under two bridges, it divides at Ferry Island, a little municipal park heavily forested with Cottonwood trees and Devil's Club. "I have spent more of my life on this specific section of the Skeena River than on any other section," says Sarah de Leuuw. "It represents both the ordinary nature of a river, and my everyday relationship with it, walking dogs there after work, snowshoeing it in the winter, running along it, going to gravel pit parties as a teenager."

As the author of a narrative elegy entitled Skeena (2015), de Leeuw is deeply aware of the extraordinary power that the river exerts, how B.C.'s second-longest river floods, freezes, erodes, and even kills - but also always returns new life, year after year. "The section of the Skeena River that the City of Terrace now touches upon," she says, "is a testament to how, even after thousands of years of human-river interaction, the river is fundamentally still something unto itself, something river-y, full of unshakable riverness."

First written about extensively in Hubert Evans' classic novel Mist on the River (1954), the Skeena River is known to the Tsimshian as 'Xsan, meaning the "waters that flow from the clouds.' Praised as a North Country epic, and as a poem/assemblage of intelligence and care that "cracks open geology," and as a "poly-vocal watershed of poetry," Sarah de Leeuw's Skeena (Caitlin 2015) is a single narrative elegy and celebration for and about B.C.'s second-longest river. Sarah de Leeuw and her partner hand-screen printed each dust jacket.

Sarah de Leeuw grew up in Duncan, Haida Gwaii and Terrace, B.C. After de Leeuw earned her BFA from the University of Victoria she spent time teaching English in South Korea. De Leeuw has also worked as a tug boat driver, logging camp cook, a journalist and correspondent for Connections Magazine and as a Research Coordinator for the University of Northern British Columbia task force on the effects of substance abuse on children.

De Leeuw earned her Masters degree from UNBC and she earned her Ph.D in Cultural Geography at Queen's University in Kingston, Ontario. De Leeuw now works in a faculty of medicine where she teaches and undertakes research on medical humanities and health inequalities. Her creative and academic work has been widely anthologized and appears in journals from CV2 and PRISM International to the Canadian Geographer and Emotion, Space and Society.

Her first literary book, Unmarked: Landscapes Along Highway 16 (NeWest Press, 2004), is a collection of non-fictional reflections on transient life in fishing and logging communities.

Her next project was providing the biographical profiles for the coffee table book, Front Lines: Portraits of Caregivers in Northern British Columbia (Creekstone / Sandhill 2011). Medical and social caregivers must travel great distances, continuously improvising, when they live north of the 54th parallel'from Haida Gwaii to Dawson Creek, near the Alberta border, and from Vanderhoof (the geographical centre of B.C.) to Dease Lake, near the Yukon border. Most of the 44 remarkable people profiled in Front Lines are physicians and nurses; all express positive attitudes about the privilege of helping others in a challenging environment. Both Sarah de Leeuw and photographer Tim Swanky were raised in the North. With dynamic images of people in action, Front Lines celebrates innovation, the cultivation of cooperation and the restoration of pride.

Sarah de Leeuw received the Dorothy Livesay Poetry Prize in 2013 for Geographies of a Lover. She has been a two-time recipient of a CBC Literary Award for creative non-fiction; and she won a Western Magazine Gold Award for the best article published in 2014 in British Columbia.

As of 2015, Sarah de Leeuw was dividing her time between Prince George and Kelowna.

Review of the author's work by BC Studies:
Front Lines: Portraits of Caregivers in Northern British Columbia
Unmarked: Landscapes Along Highway 16
+++

It has become fashionable, almost tiresomely so, to preach the gospel of mindfulness as a panacea for our overwrought age. Anxious? Terrified? Beset by dread? The answer, we are told, lies not in parsing our complicated geopolitics or deleting the more appalling of our apps but in simply paying attention to the right here, right now.

The thing is, poets have been paying just this sort of focused, careful attention for, well, forever. And they do so not by ignoring the bigger picture, as attending to one’s immediate circumstances might seem to dictate, but by threading the seemingly disparate phenomena of the larger world around them into the specifics of their narrators’ lives. Jennica Harper’s Bounce House and Sarah de Leeuw’s Outside, America serve as exemplars of this approach.
Bounce House consists of 51 poems of equal length: four stanzas of couplets, sometimes opposite each other on the page, sometimes with a line drawing contributed by lowercase illustrator andrea bennett on the facing page. The accompanying drawings are what is usually described as deceptively simple: a string of graduated pearls, a house built not of playing cards but of birthday and Christmas cards. These everyday items are shot through with significance once one looks closer, the drawings performing much the same function as Harper’s verses.

Harper’s subject is her mother’s death, and its reverberations in her own life. This is not unfamiliar territory. Think Michael V. Smith’s memoir, My Body Is Yours, or Steve Burgess’ tragicomic Who Killed Mom? In these works, otherwise diverse, a parent’s demise is chronicled by the writer, her or his grown child. Hospital visits, the witness of a terribly inevitable decline, coming to terms with life without the parent: all of these are the subjects of such works. In addition, if the narrator, as in Harper’s book, is a parent herself, then she cannot help but consider the future: her own child’s inevitable, eventual loss, and the reckoning that will someday come to define their future relationship.

“My daughter’s resting state is desperate to/bounce” begins the first poem, setting the urgency of the child’s restless buoyancy against the narrator’s mother, described later as “bones in a blanket” encountered, shockingly, in a first hospital-room visit. “I’d had plans,” the poet writes, plaintively, entwining love with vexation and tenderness with a quick glance at the time in a way that feels familiar to readers everywhere. Packing up belongings after her mother dies, the narrator reckons with the loss of a life she only knew from the perspective of a child and then as an adult daughter. Anger at the mother who slipped away (“Why didn’t she wait?”) mixes with fierce elegy. A lovely book.

Outside, America by Sarah de Leeuw maps out arguably less immediately urgent, but no less important, daily territory. De Leeuw is an acute chronicler of the physical world, both its natural beauty and the reverse: Found. Behind. lists litter encountered on sidewalks and in ditches, in snowdrifts and under fallen leaves. Her meticulous descriptions—“Unidentifiable. Reminiscent of animal fat mixed with rust. On late winter snow. 5th Avenue. Very early morning. February.”—deliver not only a felt sense of human encroachment on the natural world, our carelessness and haste, but of its own seasonality and decay. These poems seduce quietly, drawing us without fanfare into the view from the poet’s gimlet eye.

Elsewhere, de Leeuw allows an almost waspish sensibility to tinge her otherwise dispassionate observations, as when chronicling the demise of urgent passion in a long-term relationship in Our Different Life. I laughed out loud and read these lines to a friend with partner woes: “your ex-wife, who I understand/more and more.” Ruefully, the narrator continues “I wonder/ when it changed from making love/before dinner to cooking alone.”
There is urgency here too, albeit of the slow-moving kind. It comes in the poet’s acknowledgement of our ill-advised interventions into nature, a kind of grief that comes with deveining farmed shrimp, contemplating the disappearing right whale, chronicling a pulp mill’s extrusion of “[t]ea-coloured chemical/soup” (“Flank”). In the poem What Women Do To Fish, the tiny orbs in exfoliating scrubs journey from shower drain to ocean, with devastating effect on the reproductive cycles of sea creatures. Alive to the complexity of our planetary catastrophes, de Leeuw’s poetry fully inhabits our—and her—complicity.

Outside, America is divided into two titular sections: Outside, suggesting the attention to natural surroundings de Leeuw, who has earlier written on landscape and sexuality in the award-winning Geographies of a Lover, displays here. The second half, America, does not so much shift its focus from the immediate environment as transfer it to others as specifically detailed in poems variously titled after places in the United States. Nature here develops a slow, massive majesty, terrible in its force: tornados, fault lines, wildfires. The poet’s voice loosens, too, her narrator coming undone as she travels the landscape susceptible to such sudden cataclysm: “my raucous mud my mountainside” (from Debris Flow, Snohomish County Washington). Like Harper’s, it turns out de Leeuw’s is a mindfulness worth cultivating.

Geographies of a Lover (NeWest Press 2012)

Review of the author's work by BC Studies:
Unmarked: Landscape Along Highway 16

Articles: 1 Article for this author
Unmarked: Landscapes Along Highway 16
Info

"No one believes the tales I have to tell,"; she says, "the tales of balancing rocks and whales spitting on highways, of road fissures so deep that a constant stream of cement cannot fill them, tiny earthquakes always re-opening the pavement. Drink from the water near this fracture and your blood will be charged like a magnet; you will always return, a compass needle veering toward the magnetic north.";

De Leeuw has worked in a women's centre and a logging camp; as a tug boat driver and a journalist. She is now completing her Ph.D in Cultural Geography at Queen's University in Kingston. She describes her first book as a collection of essays about powerful people whose stories "are relegated to the land of nowhereness."; 1-896300-88-X -- Heather Ramsay, BCBW 2004.