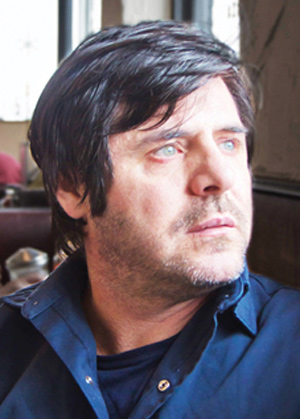 
Born and raised in a small coal mining town just outside Pittsburgh, Pennsylvania, Rodney DeCroo is a Vancouver-based singer/songwriter and poet. He has released five CDs that have received critical acclaim in Canada, the US, and Europe.

Articles: 1 Article for this author
Allegheny, BC by Rodney DeCroo (Nightwood $18)
Article (2012)


Singer/songwriter Rodney Decroo's collection Allegheny, BC recalls his troubled past in a coal town outside of Pittsburgh, Pennsylvania, along the banks of the filthy Allegheny River, as well as adventures in the bush of northern B.C. and young adult years in Vancouver. 'My Father's Watch' refers to his unpredictable father haunted by the Vietnam War. The narrator struggles to come of age amid seedy bars and strip clubs, gradually approaching maturity despite his circumstances. Rodney DeCroo's recently released fifth album is also called Allegheny. 978-0-88971-274-4