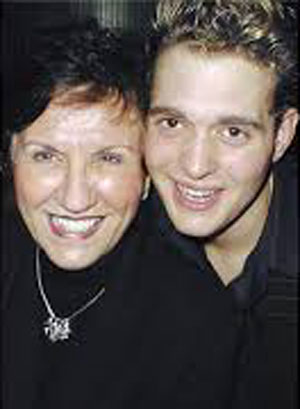 
With the assistance of Vancouver Sun journalist Shelley Fralic, talent agent Beverly Delich has recalled how her meeting with a talented but unknown, eighteen-year-old singer named Michael BublÃ© in 1993 led to his stardom with the help of record producer David Foster (who was first impressed by BublÃ© when the Vancouver singer performed at the wedding of former Prime Minister Brian Mulroney's daughter). Delich also tells her own story. Born in Montana, she worked as an entertainment coordinator for the Pacific National Exhibition, leading to her business and personal relationship with Ray Carroll of the Platters. Remarried in Vancouver, Delich has converted to Judaism, raised two children and recovered from breast cancer.

According to promotional materials, "Beverly Delich worked tirelessly as Michael BublÃ©'s manager in the early days of his career and was instrumental in his rise to international stardom... In 1993, fifty-three-year-old Beverly Delich discovered the then-unknown eighteen-year-old singer Michael BublÃ©, in a talent contest she was coordinating in Vancouver. She went on to become his manager and moved with him to Toronto and then L.A. as he tried to break into a tough, unforgiving business. In Come Fly with Me, she recounts their journey together from early days when she and BublÃ© struggled to get bookings, to the giddiness of hobnobbing with musical royalty, to the pivotal and sometimes heartbreaking decisions that would ultimately take BublÃ© to the top and found Beverly on the sidelines. This memoir not only unravels the never-told tale of BublÃ©'s success, but is a story of sacrifice and loyalty, a story of a strong independent woman who devoted close to a decade of her life to guide a talented, mercurial artist to the top of the charts.

"Beverly Delich has long been a fixture on Vancouver's cultural scene, from her years as a cantorial soloist and an entertainment coordinator at the Pacific National Exhibition, to her personal and business partnership with the late Ray Carroll of The Platters, to her current ownership of the Silver Lining Management talent agency.

"Shelley Fralic is an experienced journalist and long-time columnist at The Vancouver Sun. She is also the author of several books, including the recent B.C. bestseller, Making Headlines: 100 Years of the Vancouver Sun."