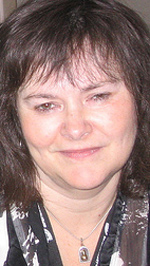 
Inspired by Celtic mythology, The Secret of Grim Hill by Linda DeMeulemeester is the story of a couple of teenagers as they take on a group of diabolical fairies in an effort to save their spellbound town. Cat Peters, having recently transferred to Darkmont High, must find the truth behind Grimoire, a mysterious, posh, private school nearby the town that is offering scholarships for the winners of a Hallowe'en soccer match. Cat discovers an entire soccer team has disappeared many years ago. It was nominated for the Ontario Library Association's Silver Birch Award. In a sequel, Grim Hill: The Secret Deepens, Cat's little sister Sookie unwittingly unleashes a brutal winter and a strange sickness when she dabbles in magic--leading Cat back to dreaded Grim Hill where she must accept the help of her rival from the boy's soccer team in order to save the town.

Linda DeMeulemeester writes juvenile fiction and her published works include non fiction short stories that have appeared in Guideposts in New York, and Parenting Teens Today in Los Angeles. Her short fiction has appeared in Canada's Storyteller Magazine, the science fiction magazine, Neo-opsis, the anthology, Wyrd Wravings (Echelon Press), ezines: ChiZine, Treatments of Light and Shade in Words, and Twilight Tales. Her YA short story "The Worry Doctor"; is now a pod cast. She lives in Burnaby where she works in adult education and literacy.