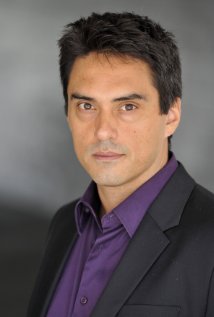 
Darrell Dennis is a Secwepemc (Shuswap)-raised comedian, actor and broadcaster from B.C. who has provided a humourous but astute overview of First Nations issues-particularly pertaining to identity--with his essays in Peace Pipe Dreams: The Truth about Lies about Indians (D&M 2014).

The book arises from his experiences as an actor best-known for his roles as Brian Potter on Northwood and Frank Fencepost on The Rez, but also from his roles as producer and host for ReVision Quest, a show challenging Native American stereotypes on CBC Radio One in the summer of 2008. According to to IMDb, Dennis's career in show business began when he walked into his first professional audition at age seventeen and was hired to play the lead role of Brian Potter in Northwood. His one-man show Tales of an Urban Indian was nominated for two Dora Awards. He has lived in Vancouver, Williams Lake, Alkali Lake, Toronto and New York City. When his first book was published, he was living in Los Angeles. He hosted the 2014 Actra Awards in Toronto. 978-1-77100-040