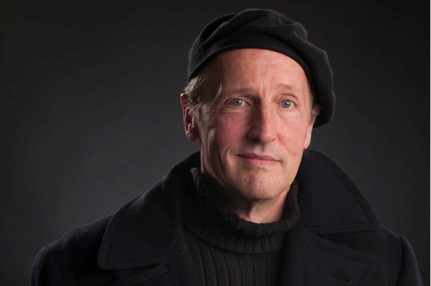 
According to publicity materials from the University of Georgia Press in 2013: "A journalist for the Vancouver Observer, Alfred DePew has taught at the Universities of Vermont and New Hampshire, the Maine College of Art, the Salt Center for Documentary Studies, and Haystack Mountain School of Crafts. He has led creativity and leadership workshops throughout the U.S. and Canada. In 2008, he joined the faculty at the Center for Right Relationship, where he teaches organization and relationship systems coaching. In his private practice, he works with executive directors, physicians, school administrators, couples, artists, writers, and clergy in deepening their awareness, managing change and conflict, broadening their range, achieving personal and creative objectives, and realizing their leadership potential."

University of Georgia Press reissued Alfred DePew's collection of short stories, The Melancholy of Desire (UGP 2013 $18.95 U.S.) on the 20th anniversary of its accordance of the Flannery O'Connor Award for Short Fiction.

In DePew's follow-up collection, A Wedding Song for Poorer People (St. Louis, Missouri: MM Books 2014), the title story concerns a theatre company struggling to come to terms with corruption His "Blind"; features a cello maker who discovers he is jealous of his wife's close friendship with her gay male hair stylist. In "We'll Meet Again,"; the conflict between a sister and brother comes to a head at their father's funeral. "La Casita"; concerns a middle-aged painter who fears the loss of his patron who has a new boyfriend. Mixed Messages Press is a imprint of The Left Bank Books Foundation in association with Left Bank Books, a venerable independent bookstore in St. Louis.