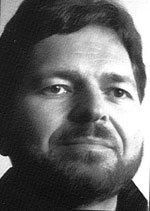 
A Professor of Mathematics and the former Director of the Pacific Institute for the Mathematical Sciences at the University of Victoria, Florin Diacu has examined the work of chronologists who have argued that Biblical events are incorrectly dated and that our present system of dating is askew. Diacu's book The Lost Millennium incorporates the research of Russian mathematician and chronological revisionist Anatoli Fomenko who believes our dating is approximately one millennium askew; whereas Isaac Newton theorized Greek chronology was about 300 years too long. Far East chronologies cannot clarify the issue partly because a Chinese emperor in the 2nd century BC destroyed most Chinese documents that provided any links with the past. The reliability of radiocarbon dating is discussed. "Up to 500-600 years in the past, the dates we have are fine," says Diacu. "There is enough evidence to trust that they are correct. Everything beyond that becomes more uncertain the more we distance ourselves from the present." Diacu is also the author of Celestial Encounters, a history of ideas in the field of chaos theory.

Classical and Celestial Mechanics: The Recife Lectures. Princeton UP, 2002. [Hildeberto Cabral]
Celestial Encounters: The Origins of Chaos and Stability. Princeton UP, 1996. [Philip Holmes]