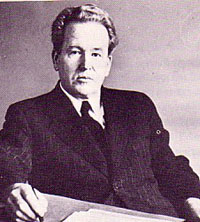 Ira Dilworth was, among many things, the most important literary conduit for Emily Carr's writing. His introduction to her work in Klee Wyck (1941) reveals the affectionate concern for her as both an artist and a friend. Few mentors and editors in British Columbia have been so influential on the career of a particular literary artist. Dilworth corrected Emily Carr's rather awkward spelling and grammar. He worked directly with her as an editor, spending three weeks with her on The Book of Small, for instance, and he also negotiated with her publisher. Dilworth effectively replaced the painter Lawren Harris as Carr's confidante. Dilworth and Carr were both intensely private people who were proud to be British Columbians. Despite their 20-year-age difference--or perhaps because of it--they were able sign their many letters to one another with 'love'. She confessed some of her most private feelings to him and sometimes playfully referred to him as 'My Beloved Guardian'. As Kate Braid has noted in her short but useful biography of Carr, she categorized her letters to him as N.N.T.A. (Not Necessary To Answer), R.A.L. (Read At Leisure), Red Hot Specials, Week Enders and Special Deliveries. In turn, she kept a bag of his letters by her bed to cheer her up.

Born in High Bluff, Manitoba on March 25, 1894, Dilworth grew up in the Okanagan and Victoria where he taught school from 1915 to 1926, completing his M.A. at Harvard in the process. As a high school principal in Victoria from 1926 to 1934, he became a trusted sponsor of Carr's work, later serving as her literary trustee. Living with his mother on Simcoe Street, Dilworth was a progressive presence in the city, hosting promising students that included Walter Gage, Roy Daniells and Jack Shadbolt, often playing them Schubert on the piano and encouraging them to write poetry. When he moved to Vancouver to teach English at UBC from 1934 to 1938, he was able to further promote Carr's career, gaining influence as director of CBC Radio's B.C. broadcasting from 1938 to 1946. He ultimately became director of the English language CBC network in 1956. Dilworth had studied at Harvard under George Lyman Kittredge and his own protegé Roy Daniells became head of the UBC English department. Ira Dilworth founded the CBC Vancouver Orchestra in 1938--still going strong more than 60 years later--and in 1945 he also became the first president of the Vancouver Community Arts Council, the first organization of its kind in North America. Dilworth died on November 23, 1962 in Vancouver.

Emily Carr--Her Paintings and Her Sketches, with a foreword by Ira Dilworth (Oxford University Press, 1946)

Heffel Fine Art Auction House, one of Canada's leading art auctioneers, announces that they have been entrusted to sell a museum-quality painting by Canada's first lady of fine art, Emily Carr. The striking oil on canvas - Quiet, depicting a BC forest scene - will be among approximately 200 Canadian paintings to be auctioned off in Vancouver at the Sheraton Wall Centre Hotel's ballroom on the evening of May 27, 2004.

"It is rare that a Carr painting of this scale and quality comes available for sale,"; says president David Heffel. "The painting has not been seen since it was displayed at an exhibit in the Vancouver Art Gallery in 1942, when it had a sale price of $250.";

When Emily Carr passed away, Lawren Harris helped divide up the Emily Carr trust. Most of Carr's large 44 x 27 inch canvases from the 1940s were contributed to the permanent collection of Vancouver Art Gallery.

The original owner of Quiet, Ira Dilworth is an important figure in Carr's history. Dilworth brought Emily Carr's first book to the attention of Oxford University Press; he edited all her later manuscripts; and at Carr's death in 1945, Dilworth became one of the trustees of her estate and her literary executor.

It is generally thought that when Ira Dilworth chose a painting for himself from Carr's estate, he had the pick of the crop. Quiet was the painting he selected. Among her last canvases painted and one of only a few dozen large canvases that Emily Carr painted in her mature period in the late 1930s and early 1940s, Quiet shows her in full command of her powers as a painter and her deep familiarity with her subject. There are at least three dated canvases from 1942: The Clearing, National Gallery of Canada; Cedar, Vancouver Art Gallery and Quiet. Almost certainly they are the "three big canvases" Carr refers to in a letter of May 10, 1942 to her friend Nan Lawson Cheney. These works, which are likely her final canvases, are all forest scenes, but two, Cedar and Quiet, examine a deeper forest landscape. As Doris Shadbolt observed, they are characterized by an "enclosing wall of green forest close against the picture surface, stretching edge to edge, no sky above, no anchoring earth below, no deep space leading us in." (Shadbolt, 1990, p. 211). The variety of greens - bright first growth, darker mature forest and intermediate colors are remarkable. Doris Shadbolt suggests that works such as Quiet have a "lyrical tranquility." (Shadbolt, 1979, p. 182)

Carr forest landscape canvases of this mature period have been among the most sought-after and have attracted some of the highest resale prices through recent years. For example: on November 17, 1999, Emily Carr's The Path - 44 x 27 inches, an oil on canvas also from her mature period, sold for an astonishing $294,000. It was one of the highest prices for a Carr painting to that date.

Over the past four years, Carr's work has received international attention, sending her prices skyrocketing. It started on May 10, 2000, at the Heffel's annual spring auction in Vancouver, when Emily Carr's 1912 oil on canvas: War Canoes (Alert Bay) sold for $1,018,750, setting seven Canadian art records. This sale drew international press attention and vaulted Emily Carr into the ranks of Canada's most important artists. In 2002, the exhibition Carr, O'Keeffe, Kahlo toured Vancouver, BC; Kleinburg, Ontario; Washington, DC and Santa Fe, New Mexico. An accompanying book by Sharyn Udall was distributed and sold internationally. Currently the National Gallery of Canada and the Vancouver Art Gallery are planning a major retrospective on Emily Carr for 2006.

"We are excited to have a major Emily Carr work months before our spring auction,"; says vice president Robert Heffel. "Major paintings attract major collectors, and if there is a potential seller of an Emily Carr canvas or Group of Seven work, they would want to capitalize on the momentum building towards this auction."; -- Heffel Gallery, Vancouver.