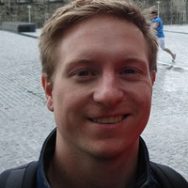 
REVIEW: Engaging the Line: How the Great War Shaped the Canada-US Border

The permeable nature of borders is of increasing intellectual interest, although the subject is yet to receive sustained attention. Since the crisis of 9/11, the Canada-U.S. border has become noticeably more rigid, but as Brandon Dimmel convincingly illustrates, this current reality is not a recent development.

The First World War, 1914-1918, was an earlier crisis that changed border "crossing culture"; and brought into sharp relief the conflict between state policy in the service of all and the individual citizen's personal agenda.

The premise of Engaging the Line: How the Great War Shaped the Canada-US Border is straightforward: the pre-1914 border was porous. Citizens from both sides availed themselves of this formal laxity to engage commercially and socially. For them the border, as fact or fancy, sometimes hardly existed.

With the intervention of war, however, the border became a more defined barrier to all sorts of activities. What Dimmel calls border "crossing culture"; was transformed from one characterized by a relaxed local informality to one of regulated state control. This remaking, Dimmel argues, was required to protect Canada during a national wartime emergency.

Necessary or not, this change had a profound impact on citizens who had enjoyed the convenience of unhindered access and had come to accept the border's porous nature as immutable.

He demonstrates that this culture was transnational and that it caused divided loyalties, as some Canadians insisted that they had more in common with their American neighbours -- Windsorites with Detroiters, for example -- than they did with their fellow Canadians. The enduring bond at Windsor was the significant one of economics, especially employment, followed by ties of social intercourse and friendship.

Dimmel reveals that each community had a distinctive experience before and during the war. Each of his case studies begins with a commentary on the background history of the three sites followed by two chapters of analysis, one on impact and one on local reaction. This uniform structure allows for clarity in illustrating the continuities and differences between the three communities.

Dimmel concludes that each community's reaction to national border controls was defined by past history and by the local political and economic reality. The more enduring the local cross-border tie, the greater the opposition to government imposed change.

Windsor and Detroit, for example, enjoyed a long and mostly friendly relationship harkening back to the fur trade, so much so that residents of either side of the Detroit River did not deem the War of 1812 as locally consequential.

Nineteenth century industrialization and developments in transportation both eased and encouraged travel, which only strengthened ties between Windsor and Detroit.

Canada's National Policy encouraged the construction of branch plants of American companies in Windsor, which resulted in more and stronger ties, for example between companies and labour unions on both sides of the border.

Windsorites considered the border as little more than an imaginary line and resented any government regulations that interfered with the cozy economic or social relations they pursued with their Detroit neighbours.

Further east, St. Stephen and Calais in Maine, like Windsor and Detroit, cooperated for the most part to exploit their region economically - at least until the central Canadian development of the industrial economy and British Free trade brought economic decline to the Atlantic region.

While this area lacked the population base and adaptive capacity of Windsor, it too was transnational in character, with Ganong Brother's Ltd., purveyors of chocolates, an example of a local international business.

Here too citizens were insular in outlook. When war came the local Canadian response was at first muted. Americans remained neutral for most of the war while some residents of St. Stephen, reflecting a local transnational culture, desired not to be different from their American neighbours.

The situation in White Rock was radically different from Windsor and St. Stephen. Here, the border really mattered. This was attributable, Dimmel argues, to the fact that the region was largely unoccupied by settlers before the border between Canada and the US was fixed west of the Rockies in 1846. This meant an absence of an established border culture.

More than the Windsor and St. Stephen areas, White Rock and Blaine, Washington, were separated by attitudes to race, by the vexatious matter of Prohibition, and by differing regional economies.

White Rock's response to the war, therefore, involved the active support of Britain and of Canadian government regulations. This resulted in what Dimmel describes as a "frayed relationship"; with Blaine (p. 134).

Moreover, Blaine's opposition to commerce in alcohol was a moral crusade, and the readily available supply of booze from White Rock was considered a threat to Blaine's moral integrity. This, and a desire to keep foreigners at bay, Asians in particular, resulted in demands for stricter border controls from both sides, and locals did not mind.

Engaging the Line is a significant contribution to North American border studies. It reveals that the intensity of Canadian nationalism varied by location, which in turn indicates Canada's differing regional histories and diversity and duration of settler experience. Its exploration of the regional nuances of "crossing culture"; also adds to our understanding of the impact of war on the home front.

In sampling these three regions of Canada, Dimmel provides a fairly broad discussion. Regrettably, he did not include a prairie community. One wonders how people there might have reacted to the war, especially given Prairie Canada's internal cultural diversity and recent migration from eastern Canada, central Europe, and the US.

Photos are well chosen but maps would have been a welcome addition for those unfamiliar with the geography of these three widely separate parts of Canada.

Any good study stimulates further thought, and Engaging the Line is no exception. With its focus on the war years -- a rather brief period -- one wonders how enduring the changes wrought were?

I was also left curious about how police and border agents respond to bootleggers, whose activities were locally, nationally, and internationally problematic, and not just in the White Rock area. One suspects that much more might be said on this issue.

This was a time of first-wave women's rights initiatives. How did they affect border-crossing culture, especially if such initiatives were out of sync in opposing jurisdictions?

Finally, since the border sometimes cut across traditional First Nations territories, and since this arbitrary line also overlay older cultural structures, how did it affect Indigenous cross-border contact?

But of course I quibble in my wish for a fuller discussion. Brandon Dimmel has provided much to digest and much on which to ruminate. Engaging the Line is a suggestive foray and a job well done.

W. Keith Regular is a retired high school teacher and principal who lives with his wife Anne in Cranbrook. He began teaching Newfoundland before moving to Elkford Secondary School, in Elkford B.C., in 1986, and retired from there in 2014. Keith holds a Ph.D. from Memorial University of Newfoundland and is a specialist in southern Alberta Native and Newcomer economic interaction at the turn of the twentieth century. His book Neighbours and Networks: The Blood Tribe in the Southern Alberta Economy, 1884-1939, was published by the University of Calgary Press in 2009. He is currently researching the murder of Alberta Provincial Police constable Stephen Lawson in Coleman, Alberta, in 1922, and the subsequent hanging of his Italian immigrant killers after a trial that garnered national and international attention. Keith enjoys researching Aboriginal history and the history of the Crowsnest Pass and Elk Valley areas of Alberta and B.C.

The Literary Map of B.C.