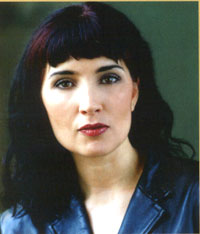 
As a Lebanese Canadian journalist and a Muslim, Hadani Ditmars of Vancouver made six trips to Iraq before and during the American occupation to meet with Iraqis and record her impressions in Dancing in the No-Fly Zone (Raincoast 2005, $24.95), an insider's look at the human costs of repressive, 12-year sanctions. Ditmars has written about Iraqi women for Ms magazine and contributed to the New York Times, the Independent, Time and Elle.

She was also the primary writer for Wallpaper City Guide to Vancouver (Phaidon, 2009), profiling Vancouver in an international series that highlights civic architecture, restaurants, hotels and other attractions.