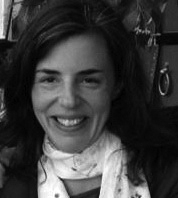 
Having grown up near Kamhathipura, Bombay's red-light district, Anosh Irani was intrigued by the prostitutes, pimps, cops and transgenders. The theatricality of the flesh market made him stare in wonder, leading him to write his first full-length play. The Matka King, that was workshopped at the Arts Club, where it premiered in 2003, directed by Bill Millerd. Irani's The Matka King is a darkly comic tale about a witty and powerful eunuch who operates a brothel and keeps his severed penis in a jar. Its also one of six plays included in The Arts Club Anthology (Playwrights 2015), edited by Rachel Ditor, to mark the 50th anniversary of the largest theatre in Western Canada.

Rachel Ditor became literary manager and dramaturge at the Arts Club Theatre in 2001 having first worked in play development in 1992 at Playwrights' Workshop in Montreal. She has since published articles on new-play dramaturgy, taught dramaturgy at UBC and directed many plays for the Arts Club. Also a director of the Canadian Women and Words Foundation, she lives in both Vancouver and Victoria.

Led by Bill Millerd since 1973, the Arts Club of Vancouver has produced nearly 100 original plays. The first homegrown box office success was Sherman Snukal's Talking Dirty in 1981-82. Spearheaded by Yvonne Firkins and Otto Lowy, the Arts Club was founded in 1958 as a private club for artists, musicians, actors and writers (including novelist Jane Rule). On the second floor of a converted gospel hall at 1181 Seymour Street, the Arts Club first produced Moss Hart's Light Up the Sky in 1964 (the same year Jane Rule's Desert of the Heart was published in England). The 650-seat Granville Island main stage on Granville Island was added in 1979; the 225-seat Arts Club Revue Theatre nearby opened in 1983; the refurbished Stanley Theater at 12th and Granville re-opened as an Arts Club venue in 1998 after being closed since 1991. The original Seymour building was demolished in the 1990s.