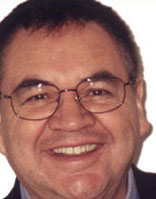 
"Why should the government be paying us welfare to do nothing when they could be paying us the same money under different legislative wording that would bring pride back to our people?" -- Stan Dixon

First elected as Chief of the Sechelt Indian Band in 1983, Stan Dixon laid the groundwork for local Aboriginal self-government which was formally achieved in Sechelt in 1986-the year he failed to gain re-election. His privately published memoir of those turbulent times is Self-Government, A Spirit Reborn (1986).

Under the 1987 Sechelt Indian Government District Enabling Act, the SIGD operates under some sections of British Columbia's Municipal Act but it's not required, like other municipalities, to hold open meetings. Stan Dixon has since become critical of the Sechelt Band government's lack of openness.

Born in 1942 as a member of the Sechelt Nation, Hunaechin tribe, Wolf Clan, Dixon attended St. Augustine School in Sechelt and St. Mary's Residential School in Mission. He graduated from St. Thomas Aquinas High School in North Vancouver as one of its first Aboriginal students. After working in the logging industry for 25 years, he was elected as a councillor of the Sechelt First Nation in 1972.

In 1992 he acquired proprietorship of the Aboriginal newspaper Kahtou and moved its headquarters to Sechelt. In 1993, Dixon was elected again as a Councillor to the District of Sechelt, and has been re-elected several times since.

A strong believer in private enterprise, he continued publishing Kahtou for more than ten years without a loan or grant. "The problem with grants,"; he said, "is all that paperwork. And things take too long. Business is like fishing. You have to be there when the fish are running.... Successful aboriginal entrepreneurs are those who advertise themselves. These are the people who'll turn a profit.";