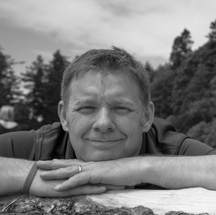 
As the father of an autistic child, Aaron Cully Drake realistically explores the emotional and social realities of growing up autistic in his debut novel, Do You Think This is Strange? (Brindle & Glass, 2015), in which the 17-year-old narrator, Freddy, doesn't get along with his father, who drinks. Freddy believes his autism is the reason his mother decided to abandon the family and disappear from his life.

"Academics call my family situation dysfunctional," Freddy writes. "I call it life." Freddy struggles socially, but excels at boxing. After he is expelled from one school for fighting, he runs into Saskia Stiles at his new school, a girl he met and befriended years ago at their childhood group therapy sessions. That was ten years ago. Saskia used to be lively; now she is subdued. Gradually the two autistic teens renew their friendship that few adults can possibly comprehend. Saskia's mother is understandably protective of her, but Freddy prevails and asserts the dignity of their mutual understanding. At seventeen, he beats up his father, but with surprisingly good consequences. A long-hidden family secret is ultimately unveiled, linking his family's unhappiness to the unhappiness of Saskia's family. With a greater understanding of the past, Freddy can look ahead with more hope for happiness.

Aaron Cully Drake is a former reporter and editor and has written for newspapers and magazines.