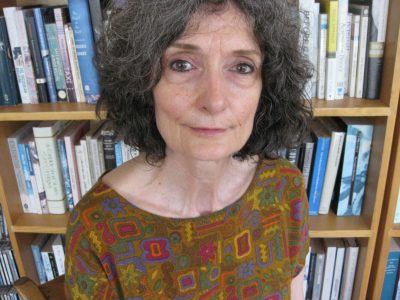 
Born in Cairo, Egypt, Anne-Marie Drosso came to Vancouver in her early twenties to study, earning an Economics PhD and later, a law degree. Drosso returned to Egypt in 1999 and began writing fiction. Her , Hookah Nights: Tales from Cairo (Darf 2018), is a collection of 14 short stories set in modern Egypt that, according to the book's publicity, "draws us into the lives of men and women, Egyptians and foreigners, as they are caught up in key moments of Egypt's tumultuous past and present."; From the presidency of Gamal Abdel Nasser in the 1950s, to Anwar Sadat's time in the 1970s, and the period following the most recent Egyptian revolution in 2011, Drosso's characters shed light on what it means to live in modern Egypt. She lives in Vancouver with her husband, Egypt and Middle East scholar, Robert Springborg.

In Their Father's Country (Telegram Books 2009)