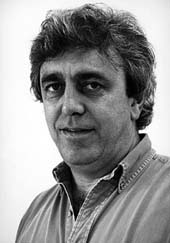 
"The B.C. forest industry today is characterized by big corporations, big unions and a big state bureaucracy. The industry did not become what it is because the citizens of the province wanted it that way. It evolved largely as a result of policies designed by bureaucrats and implemented by politicians who were not always working on behalf of their constituents." -- Ken Drushka

Canada's forests represent about ten per cent of the world's forest--and only about six per cent of Canada's forestland has been converted to other uses--but the debate as to how best to harvest the forests of British Columbia, and how much to harvest, has been a major social and environmental issue for more than 30 years. The most prolific writer on the subject in B.C. was Ken Drushka, a journalist who spent 16 years as a logger, silvicultural contractor and the operator of a custom sawmill. [See biographical details below]

Drushka's work was published in numerous periodicals, including Equity, Business in Vancouver, BC Report and Truck Logger, as well as The Vancouver Sun. He won the 1996 Roderick Haig-Brown Regional Prize for HR: A Biography of H.R. MacMillan (Harbour Publishing, 1995), an even-handed study of the life and businesses of the province's most powerful forestry industrialist, and he was selected to write Canada's Forests: A History, for the Forest History Society, an organization that was founded in 1946. An advocate for sustainable forestry, Ken Drushka was named an honorary member of the Association of B.C. Professional Foresters in February of 2004. He lived in Vancouver and died on May 5, 2004. After Ken Drushka died, Matt Hughes helped Mike Apsey complete his forestry book, What's All This Got to Do With the Price of 2x4's? (University of Calgary Press, 2006), a work that Apsey had commenced with Drushka.

Review of the author's work by BC Studies:
HR: A Biography of H.R. MacMillan
Three Men and a Forester
Stumped: The Forest Industry in Transition

Articles: 2 Articles for this author
In the Bight (Harbour $32.95)
Article


As the biographer of industrialist H.R. MacMillan and The Vancouver Sun's forestry columnist, Ken Drushka looks pretty mainstream these days, but it wasn't always that way.

In 1968, following the 'Summer of Love', Drushka, as a Toronto journalist, gravitated to the west coast in the wake of the Chicago riots and the assassinations of Martin Luther King and Robert Kennedy. He figured the United States was heading for fascism. "That's the climate, the context, in which I came to the coast,"; he says. "I thought if that's what's happening, it's probably a good idea to know how to survive outside of cities.";

Drushka hand-lined for fish, worked for a gyppo logging outfit that didn't pay him, and eventually created the Cosmic Logging Company, a 'state of mind' as much as a business. Drushka's partner Brian Lewis sold a rotting gillnetter to some ex-California bikers in return for cash and a vibrant yellow panel van with red flames painted on the hood.

Drushka and Lewis added the words 'Cosmic Logging' onto the truck, then they placed an ad in the Georgia Straight offering workers between $0 and $35 per day. Only hippies applied. Drushka barged over to Thurlow Island with their motley crew and their truck-and in the spirit of Ken Kesey and the Merry Pranksters, another West Coast entrepreneur was born.

Recently profiled in a new history of Campbell River called River City (Harbour $36.95), the Alberta-born Drushka is now one of the forest industry's most enduring critics. His ninth book is In the Bight (Harbour $32.95) a relatively unbiased view of the tricky marriage between logging and B.C. politics.

"The forest industry today is characterized by big corporations, big unions and a big state bureaucracy... Unless we reorganize the system to be more diverse, we will also have to continue grappling with the tension between B.C.'s urban and rural populations.";

Druskka recalls being told by a corporate forester in the 1970s that companies didn't want local workforces. The forester's reasoning was simple: The local logger could always stay home and mend his chicken coop; workers isolated in camps could be more easily controlled.

As a formerly independent 'gyppo' logger, Drushka has kept this anecdote for 30 years, mindful of its social and economic implications for the province.

Drushka's In The Bight strongly favours a revamped tenure system, one that would re-open the woods to 'local' entrepreneurs-even if that means his acceptance of private ownership of forests. "Private ownership of forest land is not a goal or an objective in itself,"; he says, "it is merely a means to realize the social objectives of the people of B.C. The existing tenure system is an obstacle to reaching these goals. It must be changed.";

In the Bight is a follow-up to Drushka's previous overview, Stumped: The Forest Industry in Transition, published by Douglas & McIntyre in 1985. It will take its place alongside dozens of titles-such as Martin Allerdale Grainger's Woodsmen of the West (1908), Bus Griffiths' Now You're Logging (1978), Cameron Young's The Forests of British Columbia (1985) and Herb Hammond's Seeing the Forest Among the Trees (1991)-as populist reference material about the province's main industry.

These days Drushka's style is cautiously sober, as if he's afraid to alienate the guys in the boardrooms by putting red flames back on the hood. Logging is serious business, but writing about it needn't be devoid of style or flair. Drushka is nonetheless one of the top 100 authors in the province, someone who has contributed long and hard to the public good.


Almost all of the high tech logging equipment currently used in the forests of North America, Europe and Asia is derived from machines developed almost a century ago and during the 1920s and 1930s. Published simultaneously with Otava in Finland, Tracks in the Forest (Harbour $39.95) by Ken Drushka and Helsinki freelance writer Hannu Konttinen traces the evolution of logging equipment. 952 90 8616 4