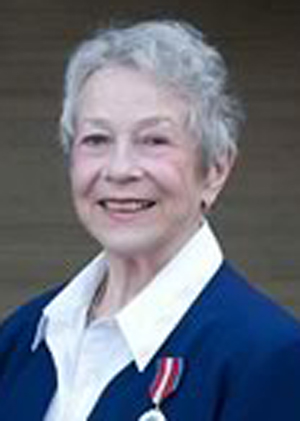 
A great-granddaughter of James and Mary Yates, Maureen Duffus is one of the province's most accomplished local historians.

Duffus has evoked colonial Vancouver Island in the mid-1800s through a blend of fact and fiction in A Most Unusual Colony: Vancouver Island 1849-1860. It's the story of the colony of Vancouver Island as told by fictional Kate Murray and the fictional letters of Mary Yates. It covers a period from the first Scots immigrant in 1849 to the demolition of Fort Victoria's buildings in 1860. It's an unusually well-researched attempt at popular history, with a fine array of photos, that mainly views the evolution of Victoria through the eyes of women. Duffus consulted unpublished journals in the B.C. Archives for her anecdotes and descriptions of early Victoria, as well as better-known sources such as Helmcken's Reminiscences and Derek Pethick's Victoria: The Fort and James Douglas: Servant of Two Empires.

Duffus's Craigflower Country, an illustrated history, looks back at View Royal's First Nations heritage, its place in Governor James Douglas's vision for the new colony with the Hudson's Bay Company 750-acre farm Craigflower, its importance to the Royal Navy in Esquimalt Harbour, and its transition from a sparsely populated rural community to a modern residential suburb that still celebrates it past heritage, including two of British Columbia's oldest pubs still thriving on their original sites.

Duffus' edited volume about the history and character of Esquimalt and her corresponding history of Langford--the only one of Greater Victoria's 13 cities, towns and districts to have a gold rush--- are also skilfully managed. Langford took its name from Captain Edward Edwards Langford who managed the Hudson's Bay Company's 600-acre farm called Colwood during the 1850s. In a letter in 1855, James Douglas commended Langford saying, "I have great confidence that his farm, which really is a credit to the Colony, will now make a considerable return for the outlay." He revised his opinion in 1863. "Mr. Langford is a person wholly unworthy of credence... singularly deficient in judgment, temper and discretion."

Battlefront Nurses in W.W. I: The Canadian Army Medical Corps In England, France and Salonika, 1914-1919 (Town and Gown Press, 2009) is the true story of four years in the lives of two nursing sisters who enlisted in the Canadian Expeditionary Force in Esquimalt, British Columbia, in the summer of 1915. Both served overseas in England, Salonika and France as lieutenants with the Canadian Army Medical Corps. Their World War I experiences are recorded in the diary of Nursing Sister Elsie Collis, a memoir by Nursing Sister Ethel Morrison and photograph albums from 1915 to the end of their service in 1919. The story is told primarily in their own words, with relevant excerpts from recollections of nurses and doctors from other Canadian medical units. The political and military situations requiring their services have been summarized to put overseas postings into context.

A former journalist for such newspapers as the Ottawa Citizen and Victoria Times, Duffus later worked as a science writer for the Pat Bay Institute of Ocean Sciences. She was married to scientist Dr. John Duffus, who died in 2012, and has lived on a small farm near the site of the original Hudson's Bay Company sawmill at Millstream Falls before moving to a location just a few blocks away from another historic site, the military base at Macaulay Point where BC's own medical unit was organized in 1915.

Review of the author's work by BC Studies:
Craigflower Country: A History of View Royal, 1850-1950