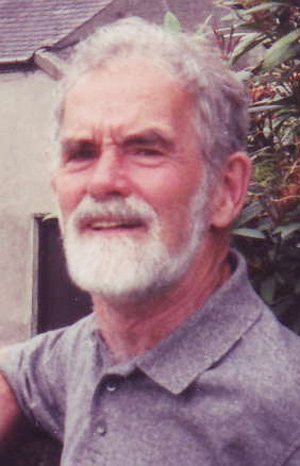 
Born and raised in Northern Ireland, Surrey resident Ron Duffy began his writing career publishing mostly travel and history articles in numerous Irish, British, and Canadian newspapers and magazines. He holds a BA in Geography from Queen's University in Belfast where, as a student, he became involved in the activism that led to the start of "the Troubles" in Northern Ireland in 1969. That year he immigrated to Canada and gained his MSc at the University of Calgary. He also studied for his Ph.D at McGill University in Montreal where he became a university lecturer in Geography.

His first book, The Road to Nunavut: The Progress of the Eastern Arctic Inuit Since the Second World War (McGill-Queen's University Press, 1988), describes the transformation of the Inuit of the eastern Canadian Arctic from a hunting and trapping society to a sedentary population tied to the economy of southern Canada and striving for self-government. Duffy describes the economic, social, and political changes in the Eastern Arctic and provides the historical background to the debate on Inuit land claims and political subdivision of the Northwest Territory.

For a review of his novel The Unquiet Land, see below.

In the third novel of his Ulster trilogy, A Further Shore, there are two parts. Part One relates how the members of the Anderson household are caught up in the worst horrors of The Troubles in the early 1970s as death and destruction blight the brutal streets of Belfast. Part Two is set in the fishing village of Corrymore in 1995 after an interval of twenty years during which the "Peace Process" has run its course. Taking advantage of more tranquil times two Americans from Hollywood come to Corrymore with a view to using the village as a location for a movie based on the life of the long-dead, swashbuckling patriarch Finn MacLir. But they will shoot the movie in Corrymore only if all of the Orange graffiti are removed from around the harbour and the village. The tranquillity of Corrymore is shattered-again.

According to Duffy's own promotional material: "Redmond O'Hanlon is the best and least known of Irish highwaymen. Only seven years of his life are documented: from 1674, when he was proclaimed an outlaw, to 1681, when he died. The rest belongs in the realm of fiction: stories, folktales, songs, and ballads. This gives the novelist free rein to indulge his imagination." In his novel ӒHanlon (self-published), he has created a resourceful Robin-Hood figure, who, at the age of twenty, is swept up in the Irish Rebellion of 1641. "The aim of the Rebellion is to win religious freedom and the return of lands confiscated from traditional chieftains, including the O'Hanlons. The Irish leadership is riven by mistrust and jealousy and lack the resources of the English and Scottish armies deployed against them. They go down to defeat by the disciplined forces of Oliver Cromwell. O'Hanlon flees to France and serves with distinction in both the French and Spanish armies at war in Flanders. Caught in dangerous situations, not all of them on the battlefield, and winning hearts as well as honours, O'Hanlon returns to Ireland. Expecting no restitution of his family's lands under the restored Charles II, O'Hanlon takes to the hills and woods of southern Ulster, the leader of a band of outlaws, famed as far as France for his daring exploits and his bold flaunting of attempts by the government in Ireland to capture him and rid the country of this most cunning and notorious challenge to their authority." This is Duffy's fictionalized version of the outlaw's life.

Articles: 1 Article for this author
The Unquiet Land
Review 2012


As a newly ordained priest, Father Padraig returns on foot, at night, in the dark, during a storm, to the Irish fishing village of Corrymore, in the Mourne Mountains area of County Down, at the outset of Ron Duffy's The Unquiet Land (Libros Libertad $23)

Corrymore is based on the County Down fishing village of Annalong where Duffy has relatives and spent holidays, an area that remains his spiritual home after forty years in Canada. All of the names used in this tale of fiercely-held beliefs and tragically-held prejudices are fictitious-except for Belfast and Dublin.

"I did this to spare the residents of these places any embarrassment,"; Duffy says.

Padraig's mission is to convert his adopted father-the proud, pagan fisherman Finn MacLir- to Christianity, along with Finn's beautiful daughter, Caitlin. Finn MacLir had rescued Padraig from an abusive life in Scotland and adopted him, as a nine-year-old orphaned epileptic.

Even before Finn dies as an adamant unbeliever, Padraig increasingly focuses his attentions, both ecclesiastical and sexual, on his beautiful step-sister Caitlin, who begins to question her morals and almost looses her fiance, Michael Carrick, who objects to the ever-increasing amount of time his beloved is spending with the good Father.

When a vulnerable Caitlin seeks Padraig's counsel one night, he acts in a decidedly unfatherly way.
After Padraig and Caitlin spend a night together, Michael gives Padraig a beating that almost kills him.

These events are almost overshadowed by the arrival of the "Black and Tans,"; an auxiliary of the British forces, who raid Corrymore in search of Caitlin's fanatical Republican brother-in-law, Flynn Casey. Flynn slips escapes capture, but those closest to him are not so fortunate.

No one is left unscathed. The turmoil of the war, the shattered trust of loved ones, the violent deaths of family; all contribute to a turbulent and convincing drama about political, moral and religious conflicts. Duffy has a talent for portraying human conflict in its most multi-dimensional form. These characters are believable, fragile and vibrant, and he makes sure even the antagonists get their say.

Having first e-published a novel, close to 400,000 words in length, Ron Duffy was recently convinced by his print publisher to separate his work into a Northern Ireland trilogy, with The Unquiet Land serving as Volume One. He has also written a short history of Northern Ireland, called Until the Troubles Started, meant to complement the trilogy.

Prior to attending university, Duffy wrote a four-volume "topographical" history of his beloved County Down, Northern Ireland, now available at the Linenhall Library in Belfast. As a student at Queen's University in Belfast when The Troubles began, Duffy was soon immersed in student agitation for Civil Rights (a period to be described in Volumes Two and Three of the trilogy). He has also self-published two paperback novels, Crossed Lives and The Janus Web.

In 1988, McGill-Queens University Press published his non-fiction book The Road to Nunavut: the Progress of the Eastern Arctic Inuit since World War II written under the name R. Quinn Duffy. Pierre Berton quoted from it extensively for his coffee table book, Winter. Duffy is currently writing an historical novel based on the life of the 17th-century Ulster highwayman, Redmond O'Hanlon. For further background, visit www.ronqduffy.com for an interview Duffy gave to the Mourne Observer in Northern Ireland. 9781926763200

-- by Monica Rolinski, a Vancouver freelancer.
BC BookWorld