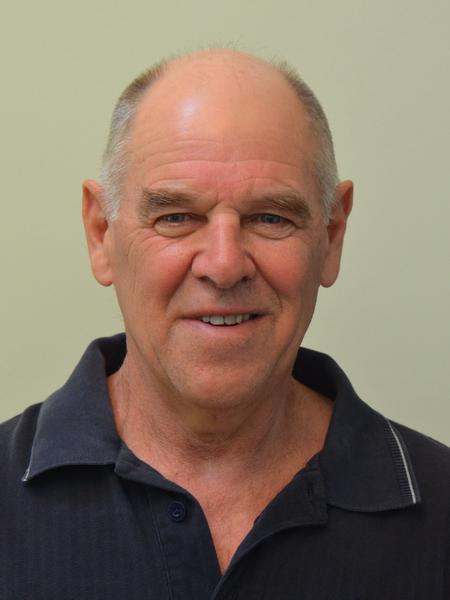 
To look at him, Dan Dunaway would not be the first person you'd pick out of a literary line-up as someone who would write Heart Like a Wing (Ronsdale $11.95).

This YA novel is a sensitive portrayal of a prairie girl, Briony, with a disfigured face. Raised in an orphanage, she is adopted by a childless older couple, Dagget and Moll, who take her to their home in northern Saskatchewan.

Bullied at school, Briony begins flying with her foster-father, Dagget, a bush pilot. On one of their trips to a northern reserve, Briony meets an older Cree woman and learns she herself has a Cree background.

Gaining confidence, Briony soon becomes Dagget's co-pilot and eventually earns her pilot's licence. Eventually she learns a disturbing truth about the scar on her face.

This delicate, heart-felt handling of a girl's maturation is written by someone who has spent little time in Saskatchewan.

But it's the author's own rough 'n' tumble life in rural B.C. that makes this wilderness YA novel convincing.

In 1950, Dan Dunaway was three years old when his mother, father, two older sisters and the family dog moved from Oregon to 150 Mile House. His brother Dave was born in the old Cariboo Memorial Hospital six years after they arrived. Their parents, Houston and Jean Dunaway, bought the 150 Mile House Ranch which they ran for ten years before moving into Williams Lake.

Dan first attended the one-room 150 Mile House Elementary School. He recalls a steady stream of American immigrant ranchers passing through the Dunaway household on their way to finding some land of their own in British Columbia.

He was thirteen when his family moved into Williams Lake and his father found another piece of land to develop in Soda Creek. The Pickford Place on the Fraser River had all gone to quack grass and wasn't a functioning operation when Houston started farming it. His father developed the first sprinkler irrigation system in the area.

His father was the oldest of four brothers and one sister when he had first started ranching in Eastern Oregon. His three brothers went to war and one, Carl Paxton, got killed flying over the Burma Hump. Raising beef was deemed vital to the war effort, so there was no shame in Houston remaining home. In fact it was government policy not to send all the brothers from one family off to war.

Dan Dunaway moved to Bella Coola in 1978 with his fiancée Betty to homestead and start a family. He started writing as a stringer for the Williams Lake Tribune after a few years. "I eventually started the Coast Mountain Courier newspaper in 1984,"; he says, "by reading a book on how to start a community newspaper. It told me almost everything I needed to know.";

The Coast Mountain Courier would rely on one electric typewriter. Along the way, Dunaway's friend Peter Hess, a former printer and layout technician, travelled to Lillooet with him to see how a small newspaper was run and to gain inspiration from the work of the legendary Margaret "Ma"; Murray.

"In 1984, computers were just emerging on the newspaper scene,"; Dunaway says. "I was not very comfortable with them yet. But I got a chance to see the fiery publications Ma Murray put out on just a typewriter. 'Never be afraid to do what you can do,' she used to say. I saw my newspaper as a means to promote the local economy and uniqueness of the Bella Coola Valley. I had the paper five years then sold it to Angela Hall. She changed the name to the Coast Mountain News. It's still going.";

After seven years of working on his first novel, Dan Dunaway self-published The Seahorse Keeper in 2009. In this fictional story, inspired by his parents' struggles in the 1930s and '40s, the protagonist, Kyle Riley, is born on the day the American B-29 bomber dropped the atomic bomb "Little Boy"; on Hiroshima on August 6, 1945. Raised among horses, cattle and rattlesnakes on the high prairie of eastern Oregon, the protagonist runs away to sea following a tragic incident. Much of the book is autobiographical.

"I had an early fascination with seafaring,"; Dunaway explains. "I gravitated to that when I left the ranch.";

After hitchhiking to Montreal to visit Expo 67, Dunaway continued on to Europe in a German cargo ship and traveled for three years before returning to Canada.

"I sailed back across the Atlantic in a classic 1905 Scottish sailboat. That's how I got into sailing. It was a leaky old thing with a totally green crew. Our skipper knew his stuff though. We sailed from Casablanca, Morocco, to the Canary Islands. Twenty-seven days later we were in Barbados. That's a long time to be out of sight of land.";

Dunaway came home determined to be a writer. He enrolled next year in the creative writing program at UBC. Too much salt water had seeped into his veins however, and he was soon back at sea fishing halibut, working in shipyards and teaching sailing. His writing became sporadic.

At age 55, Dunaway competed in his first Ironman Canada race in 2002, having participated in his first triathlon at age 50 on the Saanich Peninsula with his 15-year-old son Houston. "The Ironman Race is an extreme version of the triathlon. It's a pure endurance event started by some marines in Hawaii in 1978,"; he says.

Ironman Canada started in 1983 in Penticton and was the second such race in the world. Now there are Ironman competitions all over the world. The Ironman is a 3.8-kilometre swim, a 180-kilometre bike ride, and a 42-kilometre run. Dunaway competed in Ironman Canada again in 2004, and for a third time in 2007 when he turned 60.

Now this tough guy has written Heart like a Wing.

[This review is based on research generously supplied by Sage Birchwater]