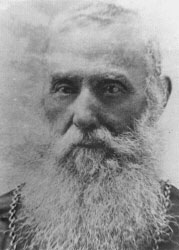 
Regarded as the foremost speaker of Chinook among missionaries, the Oblate Paul Durieu is the namesake for a farming community north of the Fraser River. He came to the Fraser Valley in 1867 as director of St. Mary's Mission. There he translated the Bible into Chinook and rose to become bishop of New Westminster in 1890. Born in Saint-Pal-de-Mons, France on December 4, 1830, Durieu was ordained in the order of the Oblates of Mary Immaculate in 1854. From 1854 to 1859 he served the order in Washington state, then came north to Esquimalt, Sechelt and Kamloops where he was a founder of the Wawa Press. Although he was known for his severe methods of Christianizing Indians, he simultaneously supported their land claims and dedicated himself sincerely to their education. He died in New Westminster on June 1, 1899, the same year his Chinook Bible History was published in Duployan shorthand by Jean-Marie Le Jeune and he consecrated St. Paul's Boarding School on the Mission Reserve in North Vancouver, demolished in 1959.

Edited by Rev. Le Jeune: Practical Chinook vocabulary: comprising all & the only usual words of that wonderful language arranged in a most advantageous order for the speedily learning of the same, after the plan of Right Rev. Bishop Durieu O M.I., the most experienced missionary & Chinook speaker in British Columbia. (Kamloops: St. Louis' Mission, 1886).