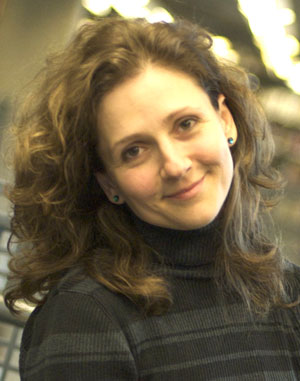 
Daniela Bouneva Elza was born in Bulgaria and grew up in Nigeria. After earning her Masters in English Philology from Sofia University, she lived in England for a year, then acquired her second Masters (in Linguistics) at Ohio University (USA). In 1999 she immigrated to Canada and has since lived in Vancouver, with her husband and their two children, where she gained her Ph.D in Education from Simon Fraser University.

In 2010 Elza was the recipient of Pandora's Collective Citizenship Award. In 2011, she launched her an eBook, The Book of It. In 2012, she served as the Vancouver regional editor for the Pacific Poetry Project: An anthology of three cities (Portland, Seattle and Vancouver) that resulted in Alive at the Center (Ooligan 2013 $18.95 U.S.), and as the Vancouver/Lower Mainland Rep. for the Federation of BC Writers.

With an introduction by Aislinn Hunter, Elza's debut collection of poetry, the weight of dew (Mother Tongue 2012) is described as a literal, metaphorical and philosophical journey from the city (Vancouver) inland through (mostly) British Columbia.

Elza's work has appeared in more than 30 publications, including The Capilano Review, CV2, Van Gogh's Ear, Vallam, Rocksalt Anthology, A Verse Map of Vancouver and Poetic Inquiry. She received a Dean's Convocation Medal upon obtaining her Ph.D from Simon Fraser University in 2012.


Born in Bulgaria and partially raised in Nigeria, Daniela Bouneva Elza has a Masters in English Philology from Sofia University. She acquired a second Masters, in Linguistics at Ohio University (USA). In 1999 she immigrated where she gained her Ph.D in Education from Simon Fraser University.

In 2010, Elza was the recipient of Pandora's Collective Citizenship Award. She is the Vancouver editor for the Pacific Poetry Project, an anthology of three cities (Portland, Seattle and Vancouver) forthcoming from Ooligan Press (US) in the Fall of 2012.
With an introduction by Aislinn Hunter, Daniela Elza's debut collection of poetry, the weight of dew has been described as a literal, metaphorical and philosophical journey from Vancouver inland through (mostly) British Columbia. Here it is reviewed by Hannah Main-van der Kamp.

In this debut collection, linguist and philologist Daniela Elza shapes an unusual format to convey the fugitive nature of words.

Using italics, spaces, dashes, alternate punctuation and broken-up words, she weaves a web of print that does not restrict itself to conventional verse form.

Such writing can be likened to very loose knitting. Each poem-most short enough for one page-has many dropped stitches, dropped with skillful intent.
Playing with words and the spaciousness between them, she's not asking them to carry much weight.

It's difficult to replicate the shape of these word nets in a short review. One wonders if they can even be read aloud. Readers will have to see these poems for themselves.

The so-called "language poets,"; most of them academics (Legris, Tostevin), have had a profile in B.C. for decades. At times these poets risk being too clever with their typography as with the over-use of brackets.

Elza quotes from, and acknowledges the influence of, the poetics of Tim Lilburn regarding the hubris of trying to capture the world with words. How helpless words really are when confronted with the particularity, the "thisness"; of things.

Lilburn, poet/philosopher and teacher, has articulated an approach, especially to Nature, that questions a writer's ability to "capture"; the essence of anything let alone understand it. Even so there is the paradoxical importance of continuing to write poems with reverence and humility.

Does Elza intend for the words to be read in a sequence? It's un-
clear and part of the strategy. Appearing to not be trying to control a word flow is also a technique, an artifice.

Except for the titles and the liberal sprinkling of quotes from other writers, it's possible to read these phraselets in any order. But then they are not intended to evoke linear thoughts. Feelings, thoughts and images dance on the page and the page, the only apparent structure, can hardly contain them. The dance has eccentric rhythms.

Mostly concerned with birds, water, light, sky, leaves, the first and last of the three sections have an ephemeral quality.

The middle section of the three is a record/journal of a car trip with very young children through BC. Here the reader who longs for some concrete narrative can relate to geography/history and touristic experiences: Osoyoos, Fort Steele, picnics, motels, elk and moose.
At one point, the poet asks us to "suspend / your ability to comprehend."; But the scattered text and rich word play in the weight of dew may still be barricades for some readers.

It's pleasant, nonetheless, to wander through these verbally deconstructed landscapes, not unlike engagement in any absorbing activity when the talky self-conscious brain lets itself be parked.

Elza's imaginative alterations of words will raise a few eyebrows, thoughtfully. The arrangements will halt the speed of the hungry eye and give it cause to pause. Isn't that, in part, what poetry is for?

Hannah Main - van der Kamp does not knit but tries to hold words loosely on the Upper Sunshine Coast.


Reclaiming language, and the sacred white space between words, spoken and written. That seems to be the unifying thread that enlivens this remarkable collection of poetry by newcomers Daniela Elza, Peter Morin, Al Rempel, and Onjana Yawnghwe. These poets recognize the integral relationship between land and language, language and perception, perception and memory. Their work is a much-needed breath of fresh air in Canadian poetry.
When I first read Daniela Elza I wrote that her poetry "sprawls out like a laconic god over a cosmic couch."; Her poems free-form across the page in what at first strikes one oddly, like a cross between a concrete poem and one that actually has something to say. Being born in Bulgaria, growing up in Nigeria and educated in the US and Canada, it's natural Elza would want to remake language in her own images. "Words are such fascinating creatures-how they can mislead us and inspire us,"; writes Elza in an email discussion of poetics. "And it is here that I want the reader to be smart to the point where they are in control of the playing with the words rather than the words playing with them."; Elza needn't worry. She has a stunning skill for crisp renderings of fleeting moments powerfully imbued with spiritual resonance: "the way trees lean in / over / the flowing / as if trying to make it / into the frame / of your memory. / they want to stay. / keep calling to you."; (in the flicker of (time)
For Peter Morin, reclaiming language becomes quite literal. As a person of Tahltan First Nations lineage and a teacher, Morin is working to keep his nation's language alive. Although he uses mythological figures familiar to us from other West Coast First Nations-Crow as creator god in the poem Rock Crow tells a story about the 1000 crow darkness for example-he takes it a step further by incorporating Tahltan words into the English text. As the poet/shaman is well aware, naming is power. In A Map to the Exhibition he admits that his own knowledge of the language is fragmentary. Yet the act of writing poems is itself recovering lost ground. "Just know that wherever you are: / You are on your land / You are the names given by the land / Your footsteps are part of our spoken language."; (Rock Crow)
Like Peter Morin, Al Rempel uses the language of his people-or at least the rough-sleeved working stiffs of northern BC-when he captures fragments of slang like "chuck it down the hatch..."; (Go Down to the River) Rempel moves from the long, rippling lyricism of Some Lines for Prince George with its double thread to the blade-sharp lines of A Day on Bednesti Lake, although at times the editing on the poem is so tight one thirsts for a few more words to thin the fog. Yet his lyricism reaches heights that crackle with originality and echo in the brain: "The crows pecked and pulled a song of thread that ran clear through to spring."; (Fretting Winter) His Go Down to the River is a lyrical tour de force, subtly yet forcefully picturing an ecosystem in serious trouble and at the same time as clear an image of the northern riverine landscape as I've ever read in just 14 lines. Rempel proves that it's the poet, not the environmentalist, who makes us ache to preserve the natural beauty of the world.
As Elza, Morin, and Rempel's poems make clear, land and language are intimately connected and shape our consciousness. For Onjana Yawnghwe, this includes the constant awareness of being an immigrant Canadian, and of her Thai and Burmese roots. This she does gracefully with the moving earth sequence, whose core is the earth the poet works in her garden. This naturally threads into family memories of the deep sense of place they experienced in Thailand. What Yawnghwe discovers is what we all discover when we get our hands into the soil or walk deep into the forest: we are more alive than we know. "Earth remembers hands that touch it / that stroke its curves and curl against its body, / that caress its fine hair of roots and petal-lips...."; (moving earth 8)
4 Poets is another fine quill in Mother Tongue Publishing's cap as it transitions from being a limited editions press producing artful collectibles to a trade publisher. The format-a decent number of poems from each poet, plus one poem in draft stages, plus interview, plus poetics, plus biography-ensures an in-depth picture of the work presented. And the draft poems highlight again the way the language in a poem evolves over time, just as language does in a culture. Best of all, this is not the language of some remote elite but what poetry is meant to be-a universal language.
Sean Arthur Joyce


Dr. Daniela Elza's dissertation addressed not only the long standing epistemological split between the philosophic and poetic but attempts to heal that very split.

According to her colleagues, Dr. Elza's writing doesn't just provide information, it provides a formation - she has the capacity to create a beautiful pedagogical space which allows readers to be changed profoundly.

Her senior supervisor, Dr. Heesoon Bai, states that she has never seen anyone with such an unusual combination of talents and capacities who can be so inventive and inspiring with their writing.

Dr. Elza was the recipient of the 2010 Pandora's Collective Citizenship Award, given to an individual who has excelled in their commitment to support writers in the community. In 2012 Dr. Elza launched her debut poetry collection the weight of dew published by Mother Tongue Publishing. Her second book is forthcoming with Leaf Press in the Fall of 2013.

On behalf of SFU, we congratulate Dr. Elza on her outstanding achievements which are being recognized by her being awarded the Dean of Graduate Studies Convocation Medal as one of SFU's most outstanding graduate student from the Faculty of Education.

Alive at the Center