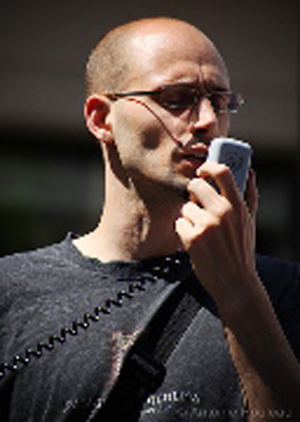 
Yves Engler, who played left wing for the Chilliwack Chiefs of the B.C. Junior Hockey League, was later an elected Concordia Student Union Vice President. He is the author of Playing Left Wing: From Rink Rat to Student Radical (Fernwood, 2005) and the co-author of Canada in Haiti: Waging War on the Poor Majority (Fernwood, 2005), with Vancouver's Anthony Fenton. With interviews by Engler in Haiti, the latter reveals how the interference in Haitian politics by Canada, the U.S. and France has led to thousands of deaths and deeper impoverishment.

In 2012 he wrote The Ugly Canadian: Stephen Harper's Foreign Policy about Stephen Harper's foreign policy documents the sordid story of the Canadian government's sabotage of international environmental efforts, a government totally committed to tar sands producers and a mining industry widely criticized for abuses. Furthermore, this sweeping critique details Harper's opposition to the "Arab Spring" democracy movement and his backing of repressive Middle East monarchies, as well as his support for a military coup in Honduras and indifference to the suffering of Haitians following the earthquake that devastated their country. The book explores Canada's extensive military campaign in Libya, opposition to social transformation in Latin America and support for a right-wing Israeli government. With an eye to Canada's growing international isolation.