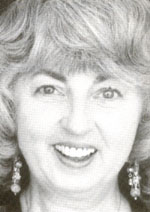 
Born in 1938 in Aylsham, Saskatchewan, Karlene Faith co-founded the revolutionary Santa Cruz Women's Prison Project in 1972. She earned her Ph.D in the History of Consciousness at the University of California and came to B.C. in 1982. She died in 2017.

An advocacy worker with women in prison and an SFU criminologist, she gathered information firsthand for Unruly Women: The Politics of Confinement and Resistance (Press Gang Publishers, 1993) which won the VanCity Women's Book Prize in 1994.

"Between the 15th and 18th centuries," she wrote, "untold numbers of women were executed for copulating with the Devil. Fear of undisciplined female sexuality has resulted in increasing social control, from the crime of prostitution, to the Victorian ideology of the nuclear family and the pre-menstrual syndrome of the 20th century." She concludes that most women criminals started out as victims of violence. When Press Gang Publishers went into limbo, so did the book, until it was republished in a new edition, with a new preface, by Seven Stories Press in New York, in 2011.

Karlene Faith's Madonna: Bawdy & Soul (University of Toronto Press, 1997) is a celebration and critical analysis of the pop culture icon, sex symbol and shrewd career woman from a feminist perspective. The study includes listings of songs, videos, tours, films, stage roles and internet sites. In The Long Prison Journey of Leslie Van Houten: Life Beyond the Cult (Northeastern University Press, 2001), Faith defends Leslie Van Houten, possibly the least guilty and most rehabilitated of the three girls involved in Charles Manson's two-day murder spree known as "Helter Skelter". Van Houten, Susan Atkins, and Patricia Krenwinkel were sentenced to death for their roles in the seven killings. Faith met Van Houten in 1972, the year in which the Manson girls' death sentences were commuted. The warden at the California Institute for Women had asked Faith to expand her teaching duties to include the "Manson girls", who were being housed in a separate unit designed for those awaiting execution. Since the California Supreme Court had abolished the death penalty, the three young women faced life imprisonment. The warden thought they should have the opportunity to take classes like the rest of the prison population. Faith describes Van Houten's descent from the middle class to Manson's Family, finally suggesting that it is time for Van Houten to be paroled.

Toward New Horizons for Women in Distance Education (Routledge, 1988)

Articles: 2 Articles for this author
13 Women: Parables from Prison
Article (2006)


For decades, Karlene Faith has studied the circumstances around a harsh reality -- that prison populations are disproportionately made up of oppressed minority groups.

Since the 1960s, the retired criminology professor has studied prisons in North America and beyond, focusing for many years on the lives of women prisoners. Her early work led her to Muslim-filled prisons in Eritrea (Africa) and to prisons in California, where black populations remain "seriously over-represented" and where today, more than 11,000 women are imprisoned.

The figure is startling when compared with Canada, which has approximately the same population as California (more than 30 million). Although it has a different system, about 350 women in Canada are serving time in federal prisons.

Through her work, Faith uncovered stories ranging from the tragic to the uplifting. Her new book, 13 Women: Parables from Prison, features first-person accounts of some of these women, spanning 35 years. Faith's book is the SFU bookstore's book of the month.

"Most women prisoners share a history of poverty, racism or violence directed against them from a young age," notes Faith. In 2005, nearly 200,000 women were being held in North American prisons and jails.
Faith set out to "humanize and personalize" those who are labelled as criminals. "A lot of women end up in prison almost by default," she says. "They've not been able to pull their lives together and they end up as victims, then criminals."

Women prisoners commit only 10-15 per cent of violent crimes, Faith notes. "Even in these cases, it's not useful to respond to the majority of their crimes by locking them up."

Among those featured in Faith's book are Canadians Ann Hansen, a member of the infamous Squamish Five, convicted for her role in the 1982 bombing of a Vancouver Island power plant, and environmentalist Betty Krawczyk, a "high-spirited woman" who puts herself in the path of logging trucks to protect B.C. forests.

Faith also shares the tragic story of a young, overexhausted mother who was unintentionally involved in the death of her stepson, and a California woman in the 1960s whose six-month sentence for impaired driving stretched to five years, after the 300-pound woman failed to lose 100 pounds -- a condition of her release.

"When I first began my research, the uses of prisons to control political minorities was a fairly unacknowledged problem, but now, more than 30 years later, it's more commonly observed," says Faith, who once told a class of students they would fare better by embezzling money (given a 20 per cent chance of going to prison) compared with robbing a bank (resulting in an 80 per cent chance of being locked up).

"The reality is that lawbreakers are not treated equally, and little has changed in terms of filling our prisons with people who have the fewest resources."

While the book draws attention to injustice, Faith says its main purpose is simply to share interesting stories. "These are stories about resilience, facing the world bravely -- and learning lessons," she adds.


The most famous living woman was born Madonna Louise Veronica Ciccone on August 16, 1958 in Bay City, Michigan. Her mother -- Madonna Louise Ciccone -- was French-Canadian.
Since her debut in 1982 Madonna has sold billions of dollars worth of recordings. Harvard, UCLA, Rutgers and Princeton are now among the many U.S. universities which offer accredited studies of Madonna.
As the second-most photographed female in history, she will likely be the subject of analytical study long after she leaves the pop charts. Currently opinion is divided. Norman Mailer says he fears Madonna. Renegade feminist Camille Paglia says she's a healthy role model.
"Feminism says 'No more masks,'" writes Paglia. "Madonna says we are nothing but masks.
"Through her enormous impact on young women around the world, Madonna is the future of feminism... She has introduced ravishing visual beauty and a lush Mediterranean sensuality into parched, pinched, word-drunk Anglo-Saxon feminism."
Although SFU's Karlene Faith doesn't share Camille Paglia's unbridled enthusiasm for Madonna, she admits to being a fascinated fan in Madonna: Bawdy & Soul (UTP $45 $19.95). "In my reading of her," says Faith, "she sees herself as an artist committed to the artifice of performance... Her postured performances often appeal... less to the visceral senses than to the critical or ironic mind.
"Mixing metaphors, just as Lenny Bruce repeated dirty words until he'd shaken the dirt out of them, so did Madonna take the teeth out of sex, through sheer, playful repetitive excess in her representations of it."
Faith's study doubles as a biography, recounting Madonna's career and her tempestuous love life. But the details are grist for analysis, not gossip. One of the critical tangents in Madonna: Bawdy & Soul is black critic bell hooks' allegation that Madonna's 'envy of blackness' and her co-option of Latino and Afro-American styles has resulted in an appropriation 'which denies the pain and white oppression behind the soul of blackness...'
"White folks who do not see black pain never really understand the complexity of black pleasure,' hooks wrote in 1992, 'And it is no wonder that when they attempt to imitate the joy in living they see as the 'essence' of soul and blackness, their cultural productions may have an air of sham and falseness that may titillate and even move white audiences yet leave many black folks cold."
To combat criticism that her videos have advocated sado-masochism, Madonna contends 'she's the boss', she's in control of everything she does. But it's hard not to question some of her choices.
In her book, Sex, Madonna invented a character named Lourdes, a dark-haired salesgirl who offered generous sex to a customer in a dressing room. Several years later Madonna named her baby, Lourdes, after the site in southwest France where, in 1858, a young woman named Bernadette had 18 visions of the Virgin Mary. In French, Lourdes is pronounced with one syllable whereas the name of Madonna's daughter is pronounced with two (Lourd-es).

As a child in smalltown, pre-TV Saskatchewan, Karlene Faith fantasized about being a drummer in an all-girl dance band. After moving to Montana with her parents, she landed a job at age 14 sorting records at KXGN, a 1400 kilowatt radio station in Glendive, Montana, population 12,000, where she later worked as a programmer.
She married at 18. Four children and thirteen years later, she graduated from University of Chicago. Faith began her extensive and ongoing advocacy work with women in prisons in 1972; she completed her Ph.D in History of Consciousness at the University of California in 1981.
Now a professor of criminology at SFU, Karlene Faith won the 3rd annual VanCity Book Prize for best B.C. book pertaining to women's issues with Unruly Women: The Politics of Confinement & Resistance (Press Gang). She was the J.S. Woodsworth Resident Scholar for the SFU Institute of the Humanities in 1990-91.
Faith's book-length study of Madonna follows hundreds of analytical articles (listed in her index) and Tim Riley's perceptive 1992 text for Madonna illustrated (Hyperion), published in the same year as Madonna's Sex (Warner Books).