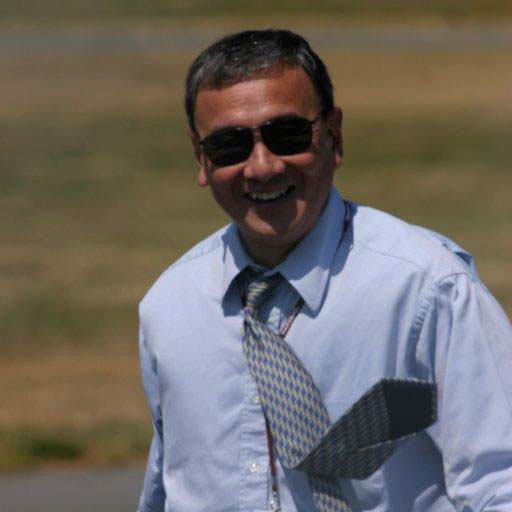 
He used to be the drummer for a popular West Coast rock group called Five Man Cargo. But eventually Sid Fattedad's career would take off--literally--beyond rock 'n' roll. He ended up as a Vice President of Canadian Airlines. The loss of Canada's "other national air carrier", Canadian Airlines International, became official in 1999, so Fattedad has recalled how the demise of the company was heart wrenching to employees, unions and management in his memoir, An Insider's Story of the Rise & Fall of Canadian Airlines (Warfeet Press 2014 / $29.95). Fattedad was the man behind the employee rescue plan to save the airline. Long before that, Fattedad had immigrated to Vancouver from Hong Kong in 1968 to play drums with Five Man Cargo. Having worked as an articling student in Hong Kong, he eventually gravitated to a job as a junior accounting clerk for Canadian Pacific Airlines. When Canadian Pacific became CP Air, the planes were painted orange and he became senior clerk of corporate accounting.

The rising cost of oil in the 1970s, labour unrest and the acquisition of new planes made running an airline hard on the bottom line and the accounting department was always in the forefront. It was work all week, socialize at the pubs on the weekend with a tightly knit group called the 'boat crew,' who would often travel to England commandeering river boats on the canals of the Norfolk Broads, visiting pubs along the way. Sid became known as Kato.

After receiving his CGA Sid was promoted to Travelling Auditor where he learned first hand CP Air's overseas operations. The 'night of the long knives, the Kremlin and 'The General,' all play into the story as the 1980s saw a sea of change at CP Air... Colussy fails to purchase Wardair and Sid is named to the board of TransPacific Tours Limited a little known but highly profitable subsidiary company. Don Carty purchases Nordair and Sid becomes Comptroller of CP Air.

A backwards take-over. Carty attempts to purchase PWA but is thwarted by the FASB and PWA purchases CP Air. Sid is appointed Vice- President of the Pacific Division, the most profitable division in the company. In 1988, PWA buys out Wardair. The new company made up of PWA, CP Air, Wardair and Nordair is called CAIL.

In 1991 he returned to Vancouver as Vice President Western region and retired in 1992. Loved by all for his devotion to the company, he was given a huge send-off.

A PWA merger with American Airlines, that same year, falls through and PWA stock drops, leaving the real possibility that a merger with Air Canada might be in the works thus creating a domestic monoply. Not good for management, unions, the consumer or the airlines employees.

Sid maps out a plan to save the airlines and forms the Council of Canadian Airline Employees. The employees decide to try and purchase the airline themselves. They get all but one of the unions on board and present their offer.

What takes place from here on in you will have to read about it in Sid's book but it is filled with treachery, deceit and government interference.

Sid went on to a second career as Chief Financial Officer for the Workers Compensation Board of British Columbia for 14 years from 1993 to 2007. In 2012, Sid was diagnosed with Parkinson's Disease.