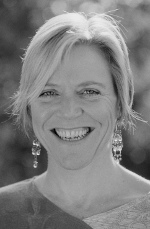 
Originally from Edmonton, Maggi Feehan of Victoria has written scripts for television documentaries seen on CHUM-TV and the Aboriginal People's Television Network. She travelled throughout India, England and Ireland to do research for her debut novel The Serpent's Veil (Thistledown, 2009), set at end the nineteenth century. It follows the personal journeys of two women who meet in a London hospital. With flashbacks and dreams we learn the adventures of Constance Stubbington and Ank Maguire over three continents--from the bogs of Ireland, to the streets of Victoria, B.C., through the Raj lands of India, and to the grimy world of London's Southwark district.

According to publisher's materials: "Constance, a bold woman who severs her father's rigid ideas with a sharp tongue, is thrown from a horse and wakes in Guy's Hospital in London, England. The hospital staff is tight-lipped about her father's whereabouts and the medical implications of her accident. It is here that she meets Ank Maguire and the two discover that they share a connection with the spiritual world, an intuition that is both a gift and a curse ... The Serpent's Veil is a spellbinding tale of action and mystery where people are born and die, mystical revelations dominate and consciousness is transformed, but above all, spirit lives."