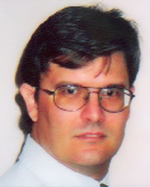 
About halfway through his vituperative but compelling barrage of pro-Palestinian historical analysis in The Host and the Parasite: How Israel's Fifth Column Consumed America (Dandelion / The Author 2007)-in which freelance social critic Greg Felton pummels the alleged nefariousness of the collusion between Bush/Cheney "oilochracy"; and the state of Israel-he sets out to debunk the "demonized"; image of Osama bin Laden.

For that reason alone, some Jews-and many non-Jews-will prefer to dismiss Felton's prolonged screed as hate literature, as unforgivable anti-Semitism. But in defense of free speech, it should be noted that Felton's disdain for so-called mainstream media is equally intense.

Dedicated to the World Wide Web, "the last hope for a free press,"; The Host and the Parasite is ostensibly an attempt to provide the impartial reader-those majority of folks who remain perplexed by petropolitics and the ongoing hatreds within the so-called Holy Land-with a lively primer on how the world has gone to hell in a handbasket.

The vast sweep of Felton's overview is not dissimilar to Naomi Klein's one-size-fits-all analytic approach to debunking neo-liberalism and its collusion with the World Bank. If you can scrape together enough facts to suit your argument, you can hold the courtroom of public opinion spellbound with your zeal. To give both sides of an argument, on the other hand, runs the risk of being dismissed as wishy-washy.

Felton is not going to get the star treatment that Klein receives as the new Linda McQuaig, nervously flipping her hair for the cameras, but along the way Felton, an inveterate letter-to-the-editor guy with glasses, does dish out a host of intriguing details that never seem to get aired on CBS or CNN and the thousands of other conventional news outlets that run the gamut of opinion from A to B.

For instance, Felton points out that Condoleeza Rice, Bush's Secretary of State, was a director of Chevron from 1991 to 2001. That's common knowledge. But who knew that Chevron, as a parting gesture, named a 136,000-ton tanker the Condoleeza Rice? Or that the name of this tanker has since been quietly changed to something far less noticeable-the Altair Voyager?

Felton is free to refer to Israel as a Zionist parasite if he chooses, and most of us are free to assume his analysis of world affairs is both bilious and biased when he pronounces, "Real power does not lie with the White House or Congress; it lies with the Jewish, Christian and Straussian pressure groups that tell the president and Congress what to do,"; but it's unfair and superficial to suggest that Felton's filibuster of fury is little more than a missile from a crackpot.

Felton points out, for example, that Theodore Herzl's book Der Judenstaat [The Jewish State] in 1896 was preceded by the "Christian Zionism"; of the renegade Anglican cleric John Nelson Darby (1800-1882). Angry at being required to swear an oath of allegiance to the head of State in England, Darby and other radicals within the Plymouth Brethren focused upon the Bible's contention that God bequeathed Palestine exclusively to the Jews.

"For eccentrics like Darby,"; Felton writes, "the need to reconstitute biblical Israel was a pressing matter because the rapture was though to be immanent."; Accordingly, Darby preached for 60 years in Europe and North America, converting the likes of William Eugene Blackstone who subsequently wrote Jesus is Coming in 1878, ratcheting up enthusiasm for the reconstitution of Israel in the process-because that was a necessary step for all good, God-fearing hristians to be "raptured"; up to heaven.

Conferences organized by Blackstone resulted in the Blackstone Petition of 1891, a memorial signed by 413 American Christian and Jewish leaders to urge President Benjamin Harrison to ask European governments "to secure the holding at an early date, of an international conference to consider the condition of the Israelites and their claims to Palestine as their ancient home, and to promote, in all other just and proper ways, the alleviation of their suffering condition.";

Felton goes on to trace how Christians in the U.S. have come to view Israel's ascendancy as the illumination of biblical prophecy-God's will in action-to the continuing detriment of Palestinians.

Felton writes for the Arabic/English Canadian Arab News. A falling-out with his Arizona-based book publisher has resulted in him selling his own book directly from his home.