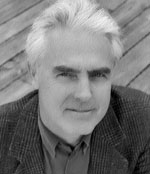 
Known and idolized by Guess Who guitarist Randy Bachman when he grew up in Winnipeg, Lenny Breau died at age 43 in 1984. His body was found in a rooftop swimming pool in Los Angeles, allegedly murdered. Once dubbed "the greatest guitarist who ever walked the face of the earth"; by Chet Atkins, the drug-doomed multi-stylist Breau is the subject of Ron Forbes-Roberts' unusually comprehensive biography One Long Tune (University of North Texas Press). Jazz writer/historian and biographer Gene Lees contributed the foreword. With information gleaned from more than 200 interviews, conversations with the guitarist's mother, and exhaustive research in television and radio archives, music journalist and classical guitarist Forbes-Roberts has done a great service to Canadian music history by generating a lasting print monument to Breau's brilliant but tragically truncated career, including a discography of every 45, LP or CD on which Breau is known to have played. Like his father before him, the Winnipeg guitar wizard Lenny Breau died in penury.

Ron Forbes-Roberts of North Vancouver holds a degree in Classical Guitar Performance from the New England Conservatory of Music and has performed extensively in southwestern British Columbia since he moved there. Prior to his biography of Breau, he had published over 350 cover stories, articles and reviews on musical and non-musical subjects in a variety of magazines and newspapers including the Vancouver Sun, Monday Magazine, Just Jazz Guitar, CODA, Boulevard and many others. In 2003 he received a Western Magazine Award for his essay on the history of guitar obsession. He is a contributing editor to Acoustic Guitar magazine for whom he has written since the late 1990s. Articles and reviews of his book, One Long Tune, have been featured in the Globe and Mail, Toronto Star, Victoria Times Colonist, Winnipeg Free Press, Boston Phoenix, Jazz Times Magazine and other publications. The book was also the subject of a television special on Bravo Network with host Kim Clark Champniss.