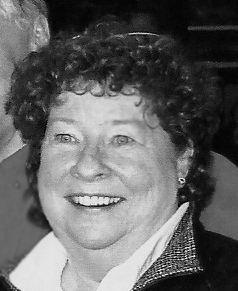 
At the outset of the Philip Borsos movie The Grey Fox, often cited as one of the best Canadian films ever made, the so-called Gentleman Bandit we now know as Bill Miner rides through fields near Kamloops and meets an attractive and independent woman who is listening to opera on a gramophone and hitting golf balls.

Also a local photographer, this exotic creature turns out to be Miner's love interest for the movie, Kate Flynn, a character who is very loosely on a real life photographer named Mary Spencer.

As Sherril Foster assuredly reveals in her illustrated biography, A Steady Lens: The True Story of Pioneer Photographer Mary Spencer (Caitlin $22.95), the real "picture-takin' lady"; that took famous photos of Bill Miner and his gang most certainly did not play golf or consort with criminals.

"In fact,"; writes Foster, "the movie did not even include the one role that Mary Spencer actually played in Miner's story: instead of showing her taking the photos of the train robber, that job is given to a young man!";

The unembellished Mary Spencer was an Ontario-born Baptist spinster who came west, at age 44, with her sister and mother in 1899. Her ten years as a professional photographer in Kamloops from 1899 to 1909 were not unprecedented-Hannah Maynard had already opened Mrs. R. Maynard's Photographic Gallery in Victoria in the 1860s-but Spencer can be described as the province's first photojournalist.

Spencer signed a contract with the Vancouver Daily Province in 1906 to take photos of the accused bank robbers Ezra "Bill"; Allen Miner (aka George Edwards and William A. Morgan), the refined-looking bookkeeper Louis Colquhoun and the "savage-looking little man"; William 'Shorty' Dunn-the lone bandit who put up a fight and got shot for his efforts.

This much is true: The unfailingly polite Miner had served many years in prison, for a string of train robberies and stagecoach hold-ups, before he and an accomplice robbed a train near Portland, Oregon in 1901 and fled to British Columbia.

In 1904, near Mission Junction, B.C., Miner gained the distinction of making the first successful train robbery in Canada by stealing $7,000 in gold and bonds from a CPR train.

In 1906, with Dunn and Colquhoun, he held up the CPR Transcontinental Express at the water tower at Ducks Landing, sixteen miles east of Kamloops, and this time the trio escaped on foot with only $15.50 and a bottle of liver pills.

Mary Spencer took the now-famous mug shots of the gang outside the Kamloops Gaol on May 16, 1906, as well photos of the Ducks Robbery Posse and the Grand Jury Hearing that was held at the Kamloops Courtesy on the following day.

Although her female identity was not cited by the Province, Foster asserts that Spencer was "the first woman in Canada and probably the first in the British Empire to take official photographs of individuals accused of a crime."; Bill Miner's biographer Peter Grauer has claimed that Spencer's photo of Miner "is probably the most instantly recognizable individual portrait produced in West Canada at any time.";

Both claims are arguable. Mary Spencer was a meek and mild person, someone who almost spoke in a whisper. Her studio and landscape photos were competent. At age 81, she died in the Summerland hospital in 1938; her sister Isobel died at age 86 in 1948, in the same hospital. Having previously self-published a history of Summerland, Sherril Foster deserves praise for setting the record straight with due diligence.
978-1-927575-22-2

Reviews of the author's work by BC Studies:
A Steady Lens: The True Story of Pioneer Photographer Mary Spencer