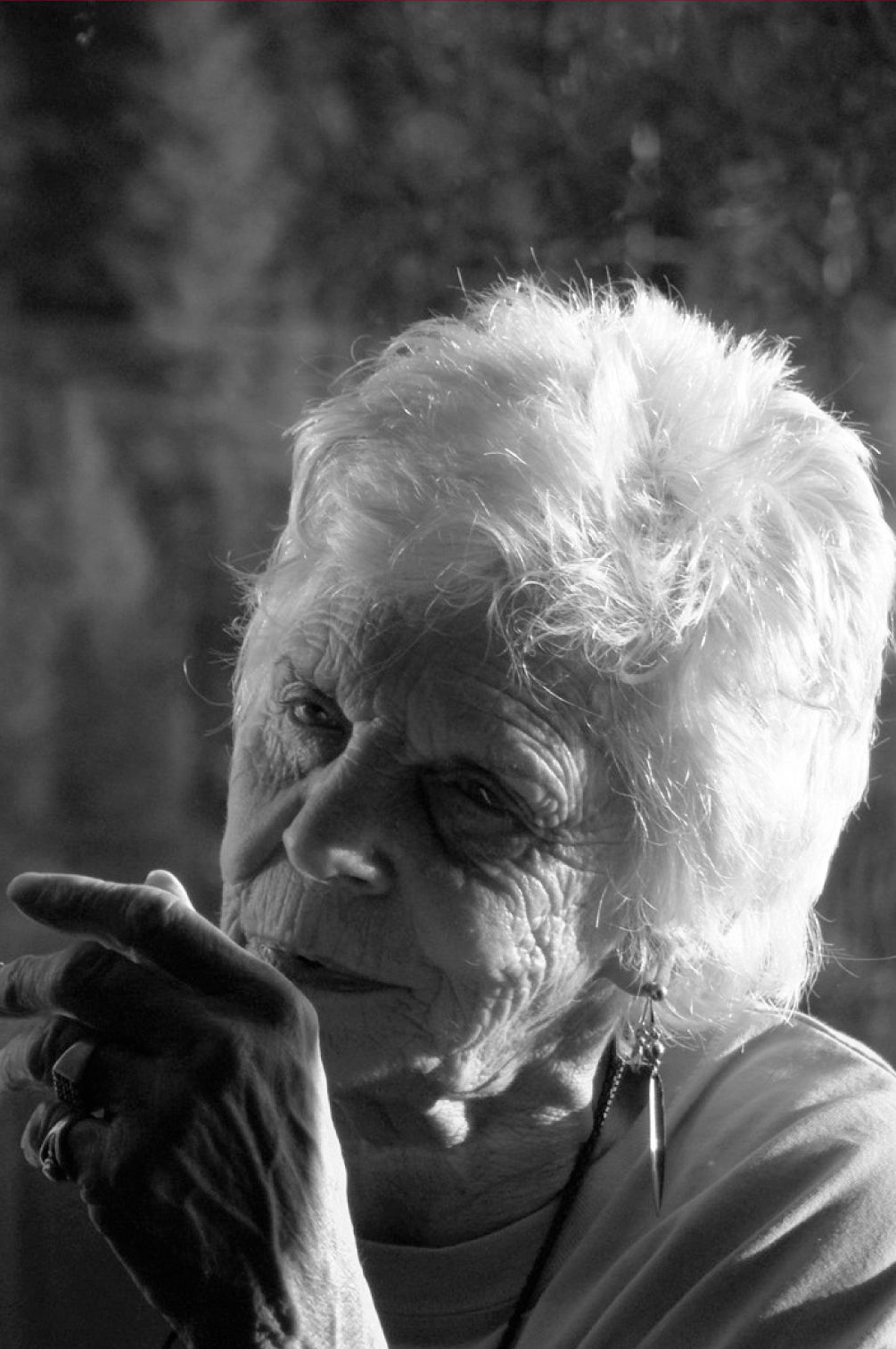 Review of the author's work by BC Studies:
The Legendary Betty Frank: The Cariboo's Alpine Queen

Articles: 1 Article for this author
The Legendary Betty Frank
Excerpt (2011)


Betty Frank grew up on log booms, strong-willed and independent, on a tiny island near Owen Bay, B.C. Unable to cope with school, she somehow got a teacher's certificate so she could move to the Cariboo Chilcotin. There she became a guide outfitter, trapper, shake splitter, dog musher, entrepreneur and mother. Now living on Quadra Island, she has written an astonishing memoir, The Legendary Betty Frank (Caitlin 2011) with Williams Lake journalist Sage Birchwater.

At a guide outfitter conference at the Empress Hotel in Victoria recently, somebody got up and made a speech that I was an icon among guide outfitters, that I held a guiding licence longer than anyone in BC. I didn't know that.
Then I had to get up and say something. So I told them I was there the first time the guides and outfitters decided to come to the Empress and have their guides' convention many years ago. The Empress wasn't ready for them then. they had a campfire out on the lawn at one point. All these wild folk coming to the Empress.
At the fifth annual convention of the Western Guides and Outfitters Association in Prince George in the early '70s, I agreed to be the spirit of the bear coming out of a cake. Gerry Bracewell, the only other female guide outfitter in the association, made the five-foot cardboard cake and put five big candles on it since our organization was five years old, and Paul Sissons made the bear costume.
When I emerged from the cake dressed as a raging grizzly, I pretended to attack Paul Sissons. Meanwhile Don Peck was roaring and growling into the microphone from behind the drapes. It was just pandemonium. Some of the women climbed up on their chairs.
Paul Sissons used a machete to kill me and I died with Don Peck gurgling and snarling on the mike, and shaving cream coming out my mouth. The bear costume was fixed with zippers in all the appropriate places so Paul could skin me. I emerged wearing a white bikini, a Farrah Fawcette wig and high heels, then the band started playing "When the Saints Go Marching In"; and I danced on stage.
I was trying to get off the stage and back to the kitchen to get to my clothes when a guy dressed as a game warden came in saying the bear had been taken out of season. He arrested Paul Sissons and hauled him off the floor, then a couple of people dressed in lab coats grabbed me and put me on a stretcher and started measuring me. The first thing they discovered was that Paul had killed a female bear. Periodically through all this examination they sat me up and gave me a drink of Scotch. Eventually the charade was over and I got to put my clothes back on.
Seventeen years later we did it again at another guides' convention in Prince George. We used the same bear suit, which by this time was kind of ratty. I ran around chasing Paul, and Don Peck provided all the sound effects. This time after Paul skinned me I came out wearing a thong bikini, a long frizzy wig, and black platform-heeled shoes. Kevin Bracewell was filming the whole thing but he couldn't find an extension cord, so the only footage he got was from the rear. I was out at the front of the stage dancing and he got all kinds of pictures of my "California"; bum, which I would only flash once in a while to the audience. Of course to keep things decent I was wearing nylon pantyhose up to my waist.
When I got my guiding territory, my tenure number was twenty-five, issued from Kamloops. On my certificate it said I won my tenure by leg wrestling at the guides' convention in Williams Lake. We had all been partying in the Chilcotin Inn and I started to leg wrestle with the guys. I could beat all the guys at this because I knew a trick to it. I finished up by throwing this great big tall guy, who thought he could beat everybody, right over the door sill. The hotel room had a little patio outside, and when I flipped him he went right through the door and landed on the patio.
Over the years my guiding area grew to a million acres. You feel like you own it. I wasn't a big shot about it, but it felt nice having a territory that big. This was my playground and my work. Eventually I wanted to sell the territory because it became too much for me. I was doing other things like cutting shakes, raising sled dogs, and still running the trapline.