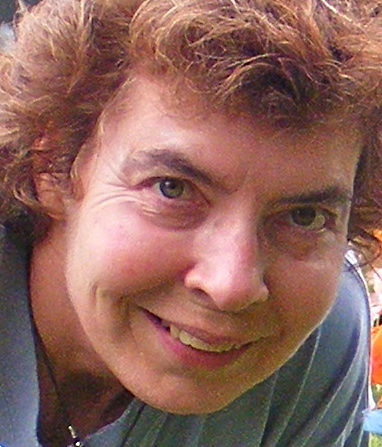 EMPLOYMENT OTHER THAN WRITING: fisheries and environmental consulting

Born in Edmonton and raised in Saskatchewan, Ontario and Prince Edward Island, Furlong holds a degree in fine arts and psychology from Carleton University. She lives in Sidney, B.C.

After eight novels, Nicola Furlong re-released her first mystery Teed Off! (Dark Oak 2014) in which a chocoholic golf club pro discovers that not all bad lies are on the golf course... Coroner Riley Quinn is forced to unravel her own past when she investigates the suspicious death of her boss and brother?in?law in order to catch a cunning killer. The protagonist finds herself "sandwedged" by a villainous environmental group, a mysterious Japanese consortium and her estranged sister. There are no penalty strokes for golf puns.

For her ninth novel, Nicola Furlong delved into the inspirational fiction mode for Heartsong, Book 1, Sisterhood of Shepherds (Kentucky: Mantle Rock Publishing, Kentucky 2014). According to publicity materials: "Some families have hope. Others have faith. The Shepherds of rural Oregon have Faith, Hope and Charly, three quirky sisters whose lives change forever when they reluctantly answer a personal calling to help other make amends. Thirty-something single parent Charly Shepherd is satisfied with her life raising two children and thousands of plants in her family owned Sweet Shepherd Nursery. Then tragedy strikes. As she and her siblings struggle to keep the nursery going, Charly begins to believe her family's destiny is greater than raising flowers. When the three sisters reluctantly delve into family secrets to help their ailing father fulfill a promise, their lives change forever as they pursue a new inspirational path of discovery, heartache, humor and redemption."

Articles: 2 Articles for this author
Plots and Pans (Guideposts $13.95)
Info


Meet Gracie Parks, a fiery 62-year-old widow with bright red hair and an attitude that makes her a magnet for mayhem and mystery. From the Church Choir Mysteries. No ISBN

A Hemorraging of Souls
Info


A Vancouver Island girls' school is the setting for a second mystery by Sidney's Nicola Furlong, A Hemorraging of Souls, available from Salal Press. Whereas Teed Off! used Furlong's love of golf, this one incorporates opera, specifically Rigoletto, to explore teen suicide. Her sleuth is a child psychologist and opera singer this time-not a golf pro and coroner.