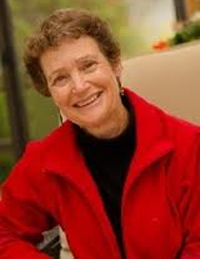 
Dayle Campbell Gaetz grew up in Victoria and graduated from UVic. She worked as a draftsperson for B.C. Tel and in 1981 moved to Salt Spring Island with her husband and two young children. Her writing career was launched in 1986 with a picture book. More recently she has produced a series of teen adventure novels that feature a trio of youthful detectives, Sheila, Rusty and Katie. In Alberta Alibi, Sheila travels to Triple W Ranch in southern Alberta for a reunion with her father only to discover he's in trouble with the law and he has disappeared.

After Dayle Campbell Gaetz' 2013 novel, Taking the Reins, won a Moonbeam Gold Award for historical fiction, she followed it with the first in her projected Rapid Reads series about a rookie private investigator, Leena O'Neil, who, at age twenty, decided she definitely didn't want to follow in the footsteps of her mother and her older sister Georgia and become a lawyer. Three years later her sister has asked for her help because Georgia believes her husband is going to try and kill her--rather than go through with a divorce. After Leena agrees to investigate, aided by some on-line courses in criminology, Georgia's husband, Mark, is murdered.

As a freelance writer, Gaetz writes profiles, news stories and in-depth articles for magazines and newspapers. From January of 1999 to November of 2001, Gaetz was Arts and Entertainment columnist and a weekly contributing writer to The Barnacle, Salt Spring Island Journal. She happily moved to "Stories Beach" at Campbell River where she says she can "ski all morning, go kayaking in the afternoon and spend the evening writing."

Something Suspicious in Saskatchewan (Orca, 2006). Mystery.

The Golden Rose; Pacific Educational Press; 1996 (YA historical novel); nominated for the Red Cedar Award and the Geoffrey Bilson Award for Historical Fiction

Articles: 3 Articles for this author
No Problem (Orca $9.95)
Info


Curt's got a job, a girlfriend and pitches for the Victoria Falcons-he might even go on to play professional ball. It's the start of a slippery slope when his coach gives him a bottle of muscle relaxant pills. Soon Curt can't sleep without them. In Dayle Campbell Gaetz's No Problem (Orca $9.95), things spiral out of control when an older girl convinces him to try cocaine. "Nothing mattered,"; says Curt. "Not a stupid little baseball game. Not Leah. Nothing... If only the high would last forever."; 1-55143-231-5


Dayle Campbell Gaetz's inspiration for Sea Dog came from the story of a dying dog found on the beach after a storm who, once healthy, would often insist on swimming far out to sea. Young Kyle, whose father doesn't live with him and his mom anymore, befriends a similarly determined dog. But one day the dog spots a pipe-smoking sailor with a big gray beard and it's quickly apparent what-or who-Treasure has been searching for. Is Kyle going to lose his only friend? Illustrations in this early reader chapter book are by Amy Meissner, who works in an Anchorage studio with two "bad orange cats."; 1-55143-406-7

--review by Louise Donnelly, who writes from Vernon.