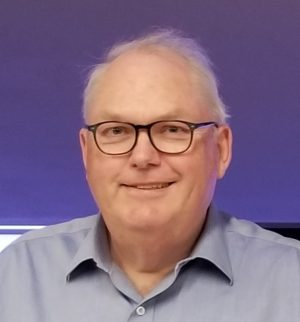 
Born in Taber, Alberta in 1954, aerospace historian Chris Gainor grew up in Alberta and moved to BC in 1974 to study history at the University of BC, where he was editor of The Ubyssey. He has been interested in space exploration, and has written extensively on that topic for a number of publications in Canada, the U.S. and the U.K. He has also worked in the communications field in Toronto, Montreal, Vancouver and Victoria.

With his Master of Science degree in Space Studies, Gainor has examined why plans to build Canada's own jet fighter planes were cancelled in 1959, less than a year after the first test flight, in Who Killed the Avro Arrow? (Folklore $18.95). Essentially the Diefenbaker government stopped the Avro Arrow project after Conservative Defence Minister Pearkes visited his U.S. counterpart, Neil McElroy, in Washington, and was told the U.S. government would not purchase any Arrow jets and the U.S. government would sell U.S. interceptors to Canada at a lower price than the Arrows.

The decision to halt production, made on the 50th anniversary of J.A.D. McCurdy's first powered aircraft flight in Canada with the Silver Dart, led Avro engineers south to work in the U.S. aerospace industry and play key roles in putting the first NASA astronauts into space and the Apollo landings on the moon, an exodus Gainor has chronicled in Arrows to the Moon: Avro's Engineers and the Space Race (Apogee 2001).

Chris Gainor's extensive research into the history of space travel has produced To a Distant Day: The Rocket Pioneers (University of Nebraska Press 2008), which chronicles humankind's attempts to leave the earth behind. From Chinese gunpowder-powered rocket experiments to the launching of Sputnik, to the first human space flight in 1961, the book familiarizes readers with dreams of space travel spanning over half a millennium. "The Greeks are generally credited as being the first to think of humans taking flight," he writes, "and the first to suggest that there are other worlds to visit. The myth of Daedalus and his son Icarus involved a winged escape from a blockaded Crete. But Icarus died when he flew too close to the sun, and the wax holding his wings together melted." Gainor cites Socrates who reputedly said, "Man must rise above the earth--to the top of the atmosphere and beyhond--for only thus will he understand the world in which he lives." Gainor traces the solitary advances made by America's great pioneer of rocket development, Robert H. Goddard, the aviation experiments of Hermann Oberth and early German rocketry, the progress made by Wernher von Braun and the Nazis, the further progress made by von Braun and the Americans and the little-known Russians who pioneered sputniks and muttniks.

In The Bomb and America's Missile Age (Johns Hopkins 2018), Christopher Gainor examines the US Air Force?s (USAF) decision, in March 1954, to build the Atlas, America?s first intercontinental ballistic missile (ICBM) designed to quickly deliver thermonuclear weapons
to distant targets, generating a crucial threat to Russia during the Cold War. ICBMs also carried the first astronauts and cosmonauts into orbit. Gainor first recalls how guided missiles were created before and during World War II, then follows the evolution of both Soviet and American rocket programs.

Arrows to the Moon: Avro's Engineers and the Space Race. (Apogee Books, 2001)

Canada In Space: The People & Stories Behind Canada's Role in the Exploration of Space (Folklore Publishing, 2006)

Articles: 1 Article for this author
Gainor on team for NASA project
Newspaper article (2015)

Former Vancouver Sun reporter and NDP communications writer Chris Gainor has been commissioned by NASA to write a history of the Hubble telescope.

Growing up in Alberta in the 1960s, before the Oilers and the Flames and before the rest of the National Hockey League arrived on the scene, Chris Gainor dreamed of going to the stars rather than becoming one.

It was the time of the space race and Apollo missions, of Neil Armstrong and the moon landing and one small step for man.

"Back then, there were a lot of people interested in what the astronauts were up to and I was one of those,"; Gainor, 60, says. "I wanted to be an astronaut more than I wanted to play in the NHL.";

The dream faded over the years, but his passion for space never did. It stayed with him through stints as a reporter at The Vancouver Sun, editor at the Medical Post, and communications officer with the Hospital Employees' Union and later the B.C. NDP government.

Even as he toiled in those jobs, Gainor continued to study astronomy and space exploration on the side. He is second vice-president of the Royal Astronomical Society of Canada and a Fellow of the British Interplanetary Society. In fact, it was while attending a meeting of space enthusiasts in Toronto a number of years ago that he got an idea for his first book.

"Unbeknownst to me beforehand, there was a reunion of all these people who had worked on the Avro Arrow and then subsequently worked for NASA,"; he says. "So I spent a good part of that weekend sitting around listening to these guys.";

His subsequent book, Arrows to the Moon, told the story of Canadian and British aerospace engineers who went to work on the Apollo missions after the Canadian government killed the Avro Arrow.

Gainor went on to write three more books and earn a PhD in the history of technology from the University of Alberta before finally getting that long-awaited call from NASA.

The space agency recently tapped Gainor and a team from Foresight Science and Technology Inc., a global consulting and market research company, to write a book on the post-launch era of the Hubble space telescope.

"The deal is that I have three years to work on it and, at the end of the three years, I'm supposed to give them a publishable manuscript,"; Gainor said. "Also, along the way I'll be doing some articles for popular and academic publications relating to the book.";

It's a big project, but Gainor's lifelong fascination with the subject gave him a head start. After he got the contract, he went rooting around in the basement of his Sidney home to see if he had any relevant information. He found a treasure trove of material.

"I'm a bit of a pack rat, and I was amazed how much stuff I found in relation to Hubble - some of which is actually going to help me,"; he said.

In addition to a number of books and videotape of servicing missions, he has the famous Newsweek magazine from July 1990 shortly after NASA launched Hubble only to discover that it had a defective mirror.

Gainer said the flawed launch nevertheless made for a compelling story "about how people pulled together and figured out a solution to this problem. And the solution wound up working so well that probably a lot of people have forgotten that the mirror was defective.";

The Hubble telescope has opened up our understanding of the universe and made astronomy a much more co-operative science, he said.

"When Hubble obtains data and sends it down to Earth, it's given to whomever the investigator was who proposed it be used in that way. But then, a year later, it becomes public domain, so any scientist can look at that data or anybody in the public.";

So popular has Hubble become that NASA caused a public outcry when it cancelled a fifth servicing mission in 2003 after the Columbia disaster. The backlash - Gainor still has his "Save Hubble"; T-shirt - eventually led to the appointment of a new administrator who approved the final servicing mission.

"It's a robot that has a big presence in popular culture and social media,"; said Gainor, who will be heading to Baltimore and Washington to celebrate the 25th anniversary of Hubble's launch on April 24, 1990.

"There are Hubble tweets and Hubble Facebook and T-shirts and dresses and all sort of Hubble products.";

Gainor hopes his book will be accessible to the public, while also serving as a resource for scientists and historians.

Sounding like the old newshound he is, Gainor says: "I think it's a helluva story.";