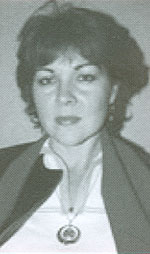 
Inspired by her Coast Salish heritage, Darlene Gait of Shawnigan Lake has illustrated Secret of the Dance (Orca 2006 $19.95), a collaboration between Pender Islanders Andrea Spalding and Judge Alfred Scow, Elder of the Kwakwa'wakw First Nation and member of the Order of Canada. For children aged 4 to 8, it recalls a forbidden potlatch held in Kingcome Inlet in 1935. In 1961, Alfred John Scow became the first Aboriginal in B.C. to graduate from UBC law school and was called to the bar the following year. In 1971, he became the first legally-trained Aboriginal in B.C. to become a provincial court judge, serving until 1994. He received an honorary doctor of laws degree from UBC in 1997. 1-55143-396-6