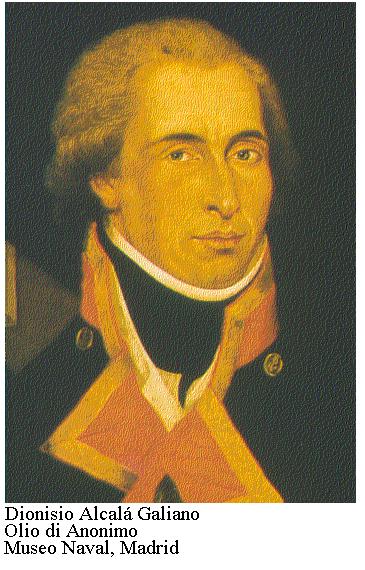 
In the summer of 1792, Dionisio Alcalá Galiano in the Sutil completed the first circumnavigation of Vancouver Island accompanied by Cayetano Valdés y de Flores in the Mexicana.

Galiano and Valdés were detached from Malaspina's expedition to search for the Northwest Passage after Francisco Antonio Mourelle fell ill and was unable to take commmand of a voyage to the Strait of Juan de Fuca already planned by Viceroy Revilla Gigedo. An experienced hydrographer, Galiano spent two weeks working amicably in association with Valdés and Captain George Vancouver after the two Spanish commanders met the English captain off Point Grey near "Spanish Banks"; and traded information on June 27, 1792. Although George Vancouver is rightfully known as the foremost cartographer of the B.C. coast, Galiano also produced excellent maps that were utilized by Vancouver in order to complete the mapping of the northwest coast. Galiano's account of his 1792 explorations was published ten years later in 1802 by the normally secretive Spanish government as a counterpoint to the 1798 publication of George Vancouver's extensive and precise charts. For many years a plaque at Spanish Banks marked their cooperative spirit. This plaque contained the words, "It was Dawn for Britain, but Twilight for Spain"; until the phrase was expunged in March of 1984 in preparation for the visit of the King of Spain.

Born in Seville, Spain on September 28, 1767, Valdés returned to Spain in 1793, commanded warships, was injured in the Battle of Trafalgar, was imprisoned and exiled for his liberal views, and died in Cádiz, Spain on February 6, 1835. Alcalá-Galiano died on October 21, 1805 as the commander of the Bahama during the Battle of Trafalgar. Galiano Island is named for him, as well as a nature preserve on the north end of the island called Dionisio Park.

The Voyage of the Sutil and Mexicana 1792: The Last Spanish Exploration of the Northwest Coast of America (Clark Co., 1991), edited by John Kendrick.