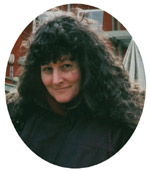 
Born in Toronto on November 14, 1956, Anne Garber came to B.C. in 1970. A Vancouver-based restaurant critic and food writer, Garber has co-authored several guides with Lorraine Gannon, such as Vancouver Super Shopper (Raincoast). One of her guides was illustrated by animation filmmaker Marv Newland. National Food Editor for evalu8.org, she is the author or co-author of 14 books on travel, bargains and food. She is a contributor to the The Vancouver Sun and The Globe and Mail, and contributes online to travellady.com. She is a seasonal guest on CBC Radio's Almanac and organizes the chefs who appear on the celebrity stage each spring at both the Adidas Vancouver International Marathon and the Wellness Show.