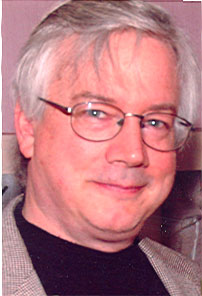 Gaston was born in 1953 and grew up in Winnipeg, Toronto and North Vancouver. Before teaching at various universities, he worked as a logger, salmon fishing guide and group home worker. He briefly played professional hockey in the south of France and is now tired of having that tidbit appear in his biographical material. Hockey nonetheless is an aspect of The Good Body, a novel about an former professional hockey 'enforcer' who returns to his hometown with M.S. and a determination to revive a relationship with a son he abandoned 20 years earlier.

More significantly, hockey is the focus for Midnight Hockey (Doubleday, 2006), Gaston's memoir that recalls his serious playing days as well as his subsequent shenanigans ("hilarious and lewd") in so-called beer-league hockey, described as Canada's fastest-growing athletic phenomenon (as long as you choose to overlook women's soccer).

In 2003 Bill Gaston received the inaugural Timothy Findley Award for a Canadian male writer in mid-career. At the time he had published four novels -- Tall Lives, The Cameraman, Bella Combe Journal, The Good Body -- plus four collections of short fiction -- Deep Cove Stories, North of Jesus' Beans, Sex Is Red, and Mount Appetite (nominated for the 2002 Ethel Wilson Fiction Prize and the Giller Prize) -- and a collection of poetry -- Inviting Blindness. His plays included Yardsale, Ethnic Cleansing, and I Am Danielle Steel.

Gaston's fifth novel, Sointula (Raincoast 2004), does not concern the Finnish idealists who founded the utopian colony of Sointula on the northern end of Vancouver Island. It concerns a middle-aged mother who exchanges her comfortable city life for a kayak in order to search for her estranged son who has gravitated to Sointula. The protagonist Evelyn has left Oakville, Ontario to witness the death of her old lover, Claude, who is the father of her decade-lost son Tom. She decides she must take some of Claude's ashes, stashed in a cigar tube, to her son, and she takes an unorthodox approach to reaching him--paddling with a former teacher named Peter Gore who is something of a know-it-all about Vancouver Island. The name of Sointula means harmony in Finnish. The novel was reissued in 2012.

Gaston's Rabelaisian collection of stories, Gargoyles (Anansi 2006), employs gargoyles as signposts to represent various extremes of human emotions. "The stories all share something I would call 'gargoylishness'," he says. "My protagonists tend to be larger-than-life, gentle grotesques." In most of these stories, Gaston has described people trying to transcend their own psychological ugliness, fears or weaknesses.

The Order of Good Cheer (Anansi, 2008) contains two parallel stories of men separated by 400 years and the span of the North American continent. Each is hoping to save the diminishing morale of his group of companions in a remote and unfriendly corner of Canada by forming an Order of Good Cheer - "where nobles and men can enjoy good local food, excellent wine, and camaraderie." The Order of Good Cheer was a name bestowed by Samuel de Champlain on a series of feast nights he hosted during the winter of 1607.

In Bill Gaston's The World (Hamish Hamilton/Penguin 2012), a recently divorced, early retiree accidentally burns down his house on the day he pays off the mortgage, only to discover that for the first time in his life he's forgotten to pay a bill: his insurance premium. An old friend of his, a middle-aged musician, prepares for her suicide to end the pain of esophageal cancer. Her father, who left his family to study Buddhism in Nepal, ends his days in a Toronto facility for Alzheimer's patients. The three are tied together by a book called The World, written by the old man in his youth. The book, possibly biographical, tells the story of a historian who unearths a cache of letters, written in Chinese, in an abandoned leper colony off the coast of Victoria. He and his young Chinese translator fall in love, only to betray each other. The World (Penguin 2012) won the Ethel Wilson Fiction Prize awarded to the best work of fiction by a B.C. author. It was followed by a collection of short stories, Juliet Was a Surprise (Hamish Hamilton 2014).


In 'Angels' Share,' Evelyn is a weary kayaker who approaches strangers at a campfire. She's eaten her last tin of sardines, but she's hungry for more than just food. "Evelyn sees them register her helpless clothes, her gray-streaked hair. Notes their appraisal: she is alone at a time of life when she shouldn't be. She is careful to sit apart, for she smells. Hellos and small-talk-in the fire-circle everyone is automatically friendly."; There are eleven more stories of insatiable desire. Shortlisted for the Giller. 1-55192-451-X


In the title story of Bill Gaston's seventh book and third collection, Sex is Red (Cormorant $19.95), a man waits twenty years to work out his revenge on the woman who spurned him. In a story called Saving Eve's Father, a man manages to prevent his girlfriend's father from throwing away his life on a video gambling machine. We also meet a long-dead father who continues to communicate through letters, an evangelical vandal, a bureaucrat with a mysterious tattoo, an English lord on vacation in Prince Edward Island and a woman who, when given a pair of socks, learns she has married the wrong man. Gaston has played pro hockey, worked as a logger and as a fishing guide. More than thirty of his stories have appeared in literary magazines. "I think it might be my best [book] to date,"; he says, "but that's just me loving my most recent baby, so it could be a hormonal thing."; Gaston teaches in Victoria. 1-896951-09-0

Gargoyle - a grotesque carved figure...a spout in the form of a grotesque animal or human figure that projects from a building.

Sometimes a writer comes up with an idea that is truly inspired. With a title like Gargoyles how could the author go wrong? Apparently, as Gaston wrote each of these twelve stories, he sketched a distinct figurehead to look down over each. It would be interesting to see those inspirational sketches. Gargoyles are .... "The concrete representation of extremes of human emotions";, according to the publicity blurb in my advance reading copy. Heightened human emotions generally make for good drama, as is the case in the first story, Forms in Winter, which sets the theme precisely and concretely in more ways than one. Here is a parent suffering the unimaginable, a bereaved father who is driven to counsel other parents so that they don't make the mistake he and his wife made, with tragic and bizarre consequences. After completing this story, the reader will be able to visualize this particular gargoyle's face all too well, and probably would prefer not to.

In the second title story, an ageing, talented artist carries his offbeat, creative vision too far, losing wife, home and mobility in the process. Fortunately he has not lost his son, Richard, who has returned to be with him in this medical emergency. Richard's return has got a lot more to do with those gargoyles then is immediately apparent. The son remembers how, as a child, his creativity was encouraged: "Even now, decades later, Richard can see every homely, botched detail of his first gargoyle. Whenever he smells cedar, he sees that face emerging, smiling and mean, from the tortured wood. What was frustrating, but then not, was how different it was from what he'd drawn.....Then he learned to see that the gargoyle had always had its own idea of its face and it wasn't going to behave.. Because that's what gargoyles are like."; Thus in childhood Richard was taught a valuable lesson about creativity's quirks, beginning to understand his father's artistic excesses in the process. We readers, on the other hand, begin to prepare ourselves for a book in which undisciplined monsters run amok.

But these decorative roof spouts don't have to be grotesque or frightening; sometimes they can simply represent emotions like prejudice, bigotry or shame. In The Green House, a gentler beast perches atop a beleaguered house targeted for cruelty, bearing witness while a young boy's need to be 'cool' battles with his guilt and emerging self-awareness.

You just don't know what you're going to get in this 12-pack. The only thing you can be sure of is lashings of extreme emotion as the stories veer from gentle and contemplative to shocking and unsettling. Who is going to forget the funny, good natured and alcoholic British uncle who lets his brother's children bury him in the frigid sands of Vancouver's Long Beach? Or the mocking, sardonic writer who takes his revenge by immortalizing the early morning phone call made by his brother? Or the angry and humiliated son who takes his revenge on his mother and her latest lover in a potentially dangerous but ultimately satisfying way?

Who can't help but smile at lines like those given to the son in The Night Widow who is told to get lost for a while so his mother can be with her lover, ";He hasn't cried and he won't. He knows he's really all she has in her life. He has just realized that she truly doesn't know what will hurt him. That's how naïve and trusting she is -she thinks he is that mature, that above-it-all. That's how stupid she is - she thinks he is that smart.";

Gargoyle, our fears, dreams and aspirations made three-dimensional. (Definition - mine.)