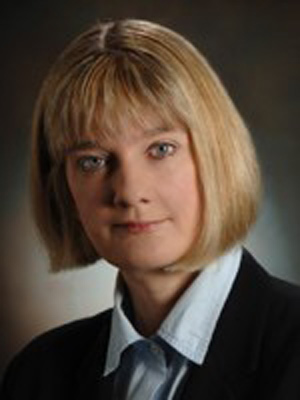 
Andrea Geiger attended schools in Amsterdam, Pennsylvania, Hiroshima and Bangalore. After graduating from the University of Washington School of Law in 1991, she clerked for several years for judges at the Washington Court of Appeals and the Federal District Court for the Western District of Washington, and also served as a Reservation Attorney for the Confederated Tribes of the Colville Reservation in north-eastern Washington. Her interest in exploring the ways in which law was historically used to create and maintain racial boundaries in North America led her to return to school to study history at the graduate level at the University of Washington, where she completed her doctoral dissertation in 2006. She joined the history department at Simon Fraser University in 2005. Her dissertation, Cross-Pacific Dimensions of Race, Caste and Class: Meiji-era Immigrants in the North American West, 1885-1928, was awarded the Institute for Pacific Northwest Studies Dissertation Prize in 2007.

Andrea Geiger's first book, Subverting Exclusion: Transpacific Encounters with Race, Caste, and Borders, 1885-1928 (Yale $45) expands on the SFU history professor's previous research on race and class. The book examines how traditional Japanese notions of caste-based social status converged with North American race-based laws, and policies to produce a system of dualistic exclusion for Japanese immigrants in Canada and the U.S. As the first English-language book to be published on this subject, it received the 2011 Theodore Saloutos Book Award from the Immigration and Ethnic History Society as well as the 2013 History Book Award from the Association of Asian American Studies.

Subverting Exclusion explores ways in which the idea of outcast status framed Japanese immigrant responses to both constraints and opportunities in the North American West on both sides of the Canada-U.S. border during the late 19th and early 20th centuries. The cover image is of Japanese coal miners in Cumberland, B.C. (credit: Cumberland Museum & Archives).

Julia Maria Schiavone Camacho published a review in the Western Historical Quarterly in Autumn 2012 describing the work as "fascinating and meticulously researched... coherent and compelling... beautifully written and deeply engaging... of great interest to scholars and general readers who are concerned with the complexities of exclusion, borders, and the struggle to belong."

Patricia Roy of the University of Victoria wrote in the Oregon Historical Quarterly, vol. 113, no. 4, "this splendid work in transnational history adds to Japanese, American, and Canadian history, should stimulate new looks at the experiences of Japanese in North America, and serves as a model for those studying other immigrant societies."

Geiger is an Associate Professor for the Department of History at Simon Fraser University. She also wrote "Caught in the Gap: the Transit Privilege and North America's Ambiguous Borders";. The article can be found in Bridging National Borders in North America: Transnational and Comparative Histories (Duke University Press 2010).

Review of the author's work by BC Studies:
Subverting Exclusion: Transpacific Encounters with Race, Caste, and Borders, 1885-1928