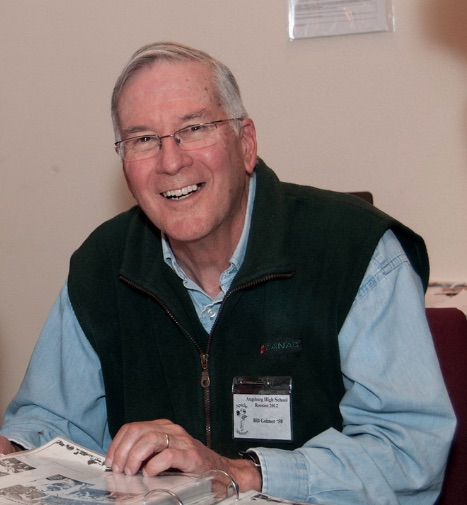 
Bill Geimer of Sooke has written Canada: The Case for Staying Out of Other People's Wars, which follows Canada's involvement in wars, usually as a British colony or client state of the U.S., between the South African (Boer) War and Afghanistan. Bill argues that Canada should end its fealty to powerful patrons like the UK and the US and make a more valuable contribution to international relations. And Geimer knows his onions. A former officer in the US 82nd Airborne Division, he was a tank commander in Germany at the time of the Cuban Missile Crisis. He then had a career in law and is a Professor of Law Emeritus at Washington & Lee University. He retired to Sooke as Barrister & Solicitor (Ret.).

Raised in a military family, William S. Geimer attended school in Japan and Germany. He was a tank commander on the border with East Germany in the Cold War. A second-generation paratrooper, he was honourably discharged from the elite U.S. 82 Airborne Division. Geimer's law career includes service as one of five original public defender attorneys in North Carolina. He is emeritus professor of law at Washington and Lee University, where he founded and directed a program to assist capital defence attorneys at the trial level. His visiting appointments include the University of Victoria faculty of law. He practiced law in Victoria. A Canadian citizen since 2005, Geimer now serves as defence policy advisor to Elizabeth May, a member of Parliament and leader of the Green Party of Canada.

Publisher's blurb: Canada did not come of age at Vimy, and in all of Canada's wars both soldiers and civilians have died in vain. So why do people continue to support war in general, despite its poor record of benefits? And why, in particular, does Canada involve herself in other people's wars? Why does Canada, never under any realistic threat of invasion, continue to fight?

In Canada: The Case for Staying Out of Other People's Wars, author and trial attorney William S. Geimer presents the case that Canada should end its fealty to powerful patrons like the United Kingdom and the United States and instead make a more valuable contribution to international relations.

Presented as a case laid out at trial, the arguments outline a new vision and challenge the prevailing myth that Canada came of age on the world stage at Vimy Ridge during the Great War. The evidence presented contains the stories of ordinary soldiers and civilians from every Canadian war, and it traces unexamined factors that have produced foolish wars and a failure to enhance security--a failure that governments of all stripes have been unwilling to admit.

Canada must follow a new and better path. Pursuing policies derived from being in other people's wars can never provide Canada with the kind of international recognition its citizens deserve. It is past time for Canadians to talk rationally about staying out of other people's wars. The story of those wars tells us there is a better way.