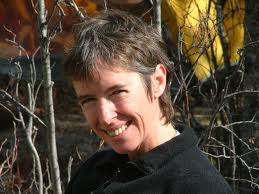 
Food columnist for Yukon, North of Ordinary, Michele Genest received the Canadian Culinary Cookbook Silver Medal in 2011 for her book The Boreal Gourmet: Adventures in Northern Cooking ($26.95, A Lost Moose Book published by Harbour Publishing) in the category of Canadian Culinary Culture, English-language.

Genest shares the traditions and flavours of the Yukon in The Boreal Gourmet. Recipes are inspired by a diversity of countries, traditions and kitchens. Genest moved to the Yukon in 1994 and gradually discovered how to incorporate indigenous boreal ingredients.

Review of the author's work by BC Studies:
The Boreal Feast. A Culinary Journey through the North